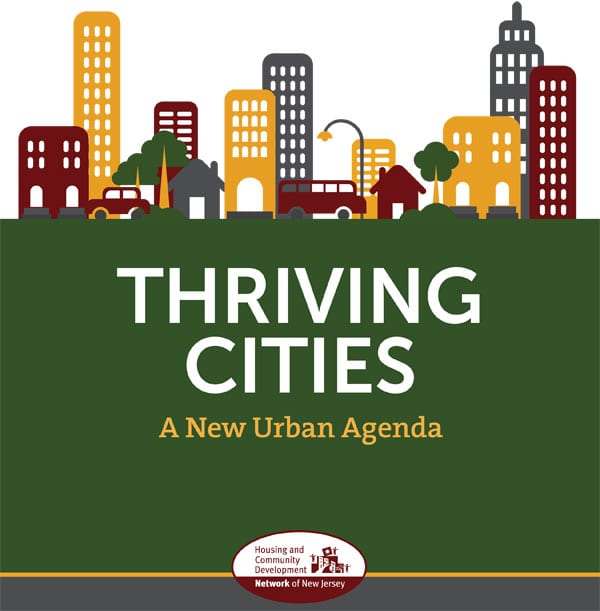 Many nonprofit organizations care deeply about social change and work tirelessly to transform existing systems into more equitable ones. Across social and environmental issues, nonprofits, community groups, public entities, and foundations are using the network approach and emerging tools to explore new ways of solving complex problems, both by creating a shared understanding of how systems perpetuate problems and including voices from communities that are often left out of system change conversations.

A case in point is provided by the Housing and Community Development Network of New Jersey (known locally as “The Network”), a 250-member network comprising “nonprofit housing and community development corporations, individuals, professional organizations, and prominent New Jersey corporations that support the creation of housing choices and economic opportunities for low- and moderate-income community residents.” Last month, The Network released a report entitled Thriving Cities: A New Urban Agenda, a roadmap to strengthening urban communities throughout New Jersey. Nonprofits interested in community development, housing, and using collaborative approaches can learn from this robust vision.

The overall scope of Thriving Cities is impressive, as it details 13 core areas of reform that touch on virtually every key component of community development, each of which has policy recommendations. These core areas include:

Several of the suggested policy changes are currently under consideration by the state legislature, and some are strategies covered by NPQ that reflect equitable community and economic development, which is a major theme in NPQ’s “Remaking the Economy” webinar series. For example, New Jersey’s housing market still suffers from the long-term effects of the foreclosure crisis, which the report describes as “an albatross around the necks of neighborhoods and residents in some of the same places that now witness shiny new, market-rate developments.” As a solution, Thriving Communities advocates that municipalities to create land banks to facilitate moving problem properties into productive use. This strategy has been used in other places such as in Franklin County (county seat: Columbus) in central Ohio, which restored nearly 1,300 properties in five years, a result reported on by NPQ in April.

Additionally, some Thriving Cities strategies include expanding the role and support for community development financial institutions (CDFIs), which NPQ has reported on extensively as core community finance entities. CDFIs collectively hold approximately $185 billion in assets and provide affordable financial services in low-income communities, as well as developmental services that function to improve financial health and enhance self-efficacy. Some recommendations seek to mobilize CDFI lending, by, for example, encouraging bulk purchases of Federal Housing Administration (FHA) loans to foster neighborhood stabilization and by providing funding through CDFIs to allow for the purchase of vacant and foreclosed resident properties to allow for their reuse as affordable housing.

Thriving Cities also advocates for policies and practices important to community-oriented nonprofits throughout New Jersey, including restoring capacity-building financial and technical assistance for nonprofit developers, funding the maintenance and expansion of nonprofit foreclosure prevention programs, and expanding the role for nonprofits in neighborhood-level economic development.

Key to the effort is a deep understanding of the interconnectedness of the problems that the New Jersey nonprofits are addressing. A network lens helps, as The Network can engage a broad set of partners to achieve its vision. In fact, The Network launched a network-wide campaign called Build a Thriving New Jersey, with the goal of mobilizing support for proven strategies and the resources to make them happen.

NPQ has reported on the effectiveness of networks in social change movements. In NPQ’s feature “Creating Culture: Promising Practices of Successful Movement Networks,” the authors note the unique ability of networks to foster extraordinary leverage stating that “cross-issue ‘movement networks,’ in particular, can create a force larger than the sum of their parts. They can deploy a diverse array of assets and strategies, enabling advocates to amass political power, scale up impact, and win—both in the policy arena and in the battle for hearts and minds.”

By including and considering needs of overlooked communities, The Network and its Thriving Cities effort embodies the multi-sectoral approach needed to solve complex problems and create cities where everyone matters. Nonprofits addressing issues across sectors should see the value in thinking more broadly and exploring the opportunities that can emerge when more voices are included, considered, and involved in achieving change.—Derrick Rhayn