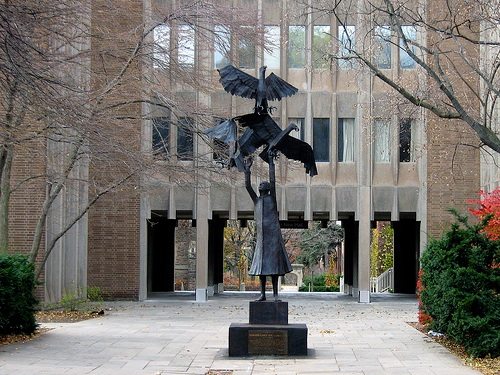 In Hamilton, Ontario, a Canadian university has decided to close its Chinese cultural institute out of concerns that the institute’s hiring practices in China are discriminatory. The Confucius Institute at McMaster University, which teaches Chinese language and culture, is one of eleven Confucius Institutes in Canada funded by the Chinese government but structured as Canadian nonprofits. McMaster made the decision to close the Institute because of concerns regarding allegations of discrimination by Chinese authorities in their hiring of the instructors they place in Canada.

One former instructor at McMaster, Sonia Zhao, has filed a challenge with the Ontario Human Rights Tribunal alleging that when she was hired in China she was required to sign a contract promising that she wouldn’t practice Falun Gong, a spiritual movement that the Chinese government has banned. McMaster officials say that the Zhao case was not the only instance of a concern they had regarding freedom of expression and other issues about the Confucius Institute. Independent observers acknowledge that the Confucius Institutes provide useful instruction in Chinese language and culture, but also serve as instruments of the Chinese government regarding government policies concerning the Falun Gong and Tibet.