In the Internet Era, Anyone Can Be behind the Code 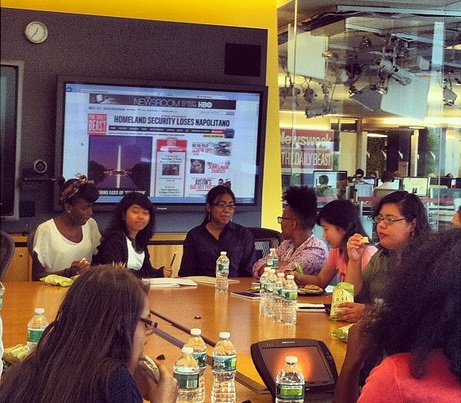 Near the dawn of the modern Internet era, around 1993, the New Yorker magazine ran a popular cartoon of a dog sitting at a desk using a computer. Its caption was, “On the Internet, nobody knows you’re a dog.” While the days of full, unfettered Internet anonymity are gone, this concept can still serve to liberate and empower.

The Internet does not discriminate on age, ethnicity, or gender. This is why technology career opportunities, and specifically those in coding, are suitable for women, where talent is the sole differentiator.

A distinctive nonprofit organization serves as an incubator for the next generation of female technology and engineering experts. In 2012, Reshma Saujani established Girls Who Code with the goal of closing the gender gap in the fields of technology and engineering by teaching girls computing skills and encouraging them to pursue technology careers. Supported by public and private partners, Girls Who Code conducts seven-week summer immersion programs for girls at companies and universities across the United States. Each program is designed for 20 juniors and seniors selected through an application process.

According to the most recent figures from the U.S. Census Bureau, the 2013 American Community Survey found that of all full-time, year-round employed civilians age 16 and older, women comprise 27.5 percent of computer and information systems managers. The same report found that 25.1 percent of all computer and mathematical occupations are filled by women, and within that category, only 20.3 percent of computer programmers are female.

For the U.S. to be competitive in technology, women must be part of the technology sector. Girls Who Code is one way to accomplish this goal.

Laura Willson, age 17, co-founded a Girls Who Code club at her high school in Manhattan:

“Many women do not pursue computer science because they are intimidated, assuming it is a field that men or geeks prefer. The media also perpetuates a certain viewpoint. In media, they only show that you either have to be pretty or smart. You can’t be both. So I feel like when they have shows of a pretty woman who is smart, they’re actually showing that you can be pretty and smart in coding.”

According to Mary Karroqe, a 16-year-old junior in Brooklyn and alum of a Girls Who Code summer program, “Now that I know how to code, I know how to make something from nothing. I would like to take advantage of that and use the Internet to create something that can just make education and information more accessible…I can take nothing, like a blank web page, for example, and I can turn it into whatever I want just by typing a few things on my keyboard. I really love that; it’s really empowering for me.”

So, ask your technology department or vendors: Who’s coding your website or business app?—Debbie Laskey