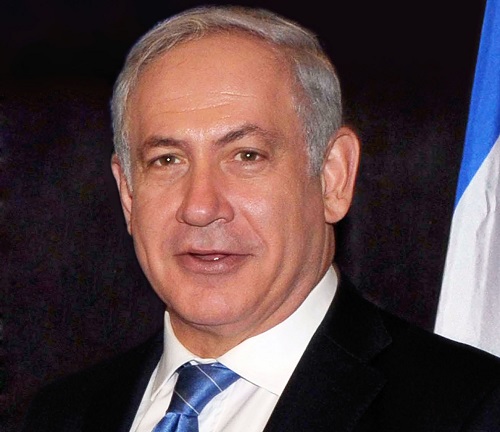 The Central Rabbinical Council of the USA and Canada organized a protest the other day immediately following Prime Minister Binyamin Netanyahu’s speech to a joint session of the U.S. Congress. Three thousand Satmars, one of the branches of Hasidic Judaism, showed up outside the Israeli consulate at 42nd Street and Second Avenue in New York to express their opposition to Netanyahu’s statements. They were joined by Rabbi Zalman Teitelbaum, the leader of one of the major branches of Satmar Hasidism.

Their complaint focused on Netanyahu’s statement that he came to the U.S. speaking ostensibly as the representative of Jews in Israel and worldwide concerned about the substance of the emerging deal with Iran over nuclear weapons. “When Netanyahu professes to speak on our behalf, we have to speak out and say this is not the case,” Rabbi David Neiderman said in a statement to the assembled Satmar protesters. “Benjamin Netanyahu, stop speaking on our behalf and directing us what to do.”

Other speakers referred to Netanyahu as a modern-day “Haman” or “Amalek.” Haman was the vizier to Xerxes in the Persian Empire who plotted to kill the Jews, but was foiled by Queen Esther, and the resulting story became the basis for the Jewish holiday of Purim. Amalek is the name of a founder or leader of the Amalekite tribe, which in the Old Testament repeatedly attacked the ancient Israelites until Saul and Samuel defeated them. Whether referring to Amalek or Haman, the speakers weren’t being kind to Netanyahu with the comparison.

Part of the issue is that the Satmars, unlike the other main (and larger) branch of Hasidism, the Lubavitchers, are vocally against Zionism and against the notion of Israel as a (or “the”) Jewish state. (The Lubavitchers are against Israel’s nominal secular Judaism, and in theory do not believe that there will be a Jewish state until the arrival of the true Messiah, but they have been generally supportive of Israel’s wars with its neighborhoods and prominent among the settlers in the Occupied West Bank; several charities in Israel that receive U.S. charitable support are clearly identifiable as Lubavitcher-affiliated.)

At the Satmar rally, Rabbi Neiderman thanked President Obama, a statement that drew “thunderous cheers” according to the Haaretz coverage. Rabbi Yaakov Shapiro added his concerns about the impression that Netanyahu was speaking for all Jewish people. “Besides this being a lie, it’s a very dangerous thing for him to say,” Rabbi Shapiro said. “He wants to get into some brouhaha with the president…he can do whatever he wants. But why bring in the Jewish people into this? So, we are here contradicting what he said about us, and if somebody has a problem with what Netanyahu said, he shouldn’t blame the Jewish people.”

The protest at the Israeli consulate in New York City should demonstrate to readers and American politicians that not all Jews walk in lockstep with the Likud government of Netanyahu. Ranging from the Satmar Hasids to secular Jewish nonprofit organizations such as Jewish Voice for Peace and J Street, there are American Jews that sometimes do not see eye to eye with the current government in Israel. No one should imagine, despite the power of AIPAC and the Republican Jewish Coalition, described earlier this week in NPQ’s coverage of Netanyahu’s speech, that American Jews are monolithic on the subject of Israel.—Rick Cohen