In Vermont, Public Appropriations for Local Nonprofits Go Before the Voters 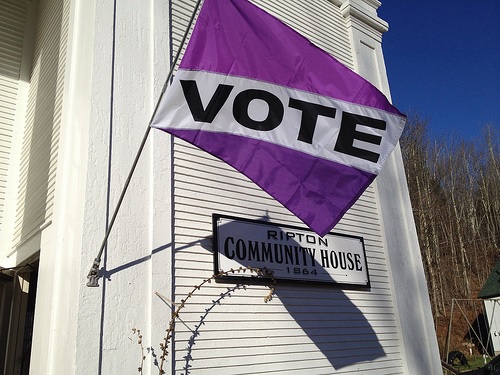 Can you imagine having to put your nonprofit’s annual appropriation from your local municipality’s budget up for a vote every year? In Vermont, a national bastion of direct democracy at the local level, you do.

As the Rutland Herald reports from Southern Vermont, “Representatives of about a dozen nonprofits whose funding requests have been approved by voters at previous town meetings appeared at the Castleton Select Board meeting April 13th to support a change to the way they get a spot on the ballot.”

The article explains that every year, the agencies are given an opportunity to earn a spot on the ballot by submitting a petition with signatures from at least five percent of the town’s voters—and they need to do so every year. But the board is considering a change, the terms of “which would reduce the number of times a petition would need to be submitted by an agency seeking to maintain a spot on the ballot.”

The proposal would waive the annual requirement for those nonprofits not requesting an increase and whose funding had already been approved for two consecutive years, although they would still need to submit a request for a place on the ballot to the town, as well as a description of its mission and how it benefits residents—in essence, a written grant proposal that could be approved by the board itself.

All of the local nonprofits who weighed in support the proposed change. One nonprofit leader said that the current practice is akin to asking voters to support the agency twice, once on the petitions and again on the ballot. Some other Southern Vermont towns have already changed their requirements so agencies don’t need to petition every year. The Castleton Select Board didn’t take any action on the policy as of press time.—Larry Kaplan