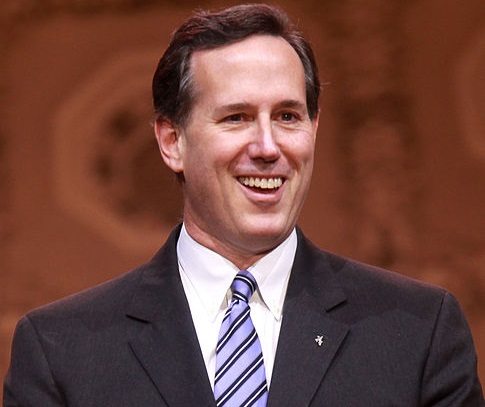 The leader of the Council of Conservative Citizens, the hate group that seems to have provided the source material for racial terrorist Dylann Roof, has been a campaign contributor in the current presidential cycle—to Republican presidential candidates Rick Santorum, Ted Cruz, Scott Walker, and Rand Paul. Besides these presidential contenders, Earl Holt III had made campaign donations to past and current members of Congress like Jeff Flake, Rob Portman, Michele Bachmann, Steve King, Tom Cotton, and Todd Akin. According to The Guardian, which broke the story, all told Holt has given $65,000 in recent years to various Republican candidates’ campaigns.

Having just learned that the Earl Holt III who contributed $8,500 to his campaign is the Earl Holt III who is president of the Council of Conservative Citizens, the Ted Cruz campaign initially said it would return the money donated to Cruz’s Jobs Growth and Freedom Fund back to the leader of the hate group, but The Guardian is reporting that the campaign has reconsidered and is instead giving the money to the Mother Emanuel Hope Fund to assist the victims of Roof’s murderous rampage. The Santorum and Paul campaigns seem to be following suit.

Having distributed his money widely among Republicans, even to Mitt Romney for his 2012 campaign, the recipients are in general repurposing Holt’s donations—Governor Scott Walker of Wisconsin sending $3,500 to charity, Governor Greg Abbott of Texas turning $3,000 over to the Salvation Army in Austin, and Senator Rob Portman giving $250, Joni Ernst $1,000, Thom Tillis $1,000, Ron Johnson $1,250, Bill Cassidy $1,000, and Rep. Louie Gohmert $1,250 to the church fund. Senator Cotton and Rep. Mia Love are returning the combined $2,500 they got to Holt.

You have to wonder what goes on with these campaigns in terms of vetting their campaign contributors. Given that Holt and the Council aren’t exactly invisible, and that Holt identified his occupation on some campaign contributions as  “slumlord,” you would think that someone would have noticed.

There’s also the question of what was going on in Holt’s own mind. Online commentators signing Holt’s name, frequently posting on Glenn Beck’s online site The Blaze, have expressed the vile racist ideas that were apparently shared by Dylann Roof. Perhaps, however, Holt didn’t realize in donating to Mia Love, he was supporting the election of the first black Republican woman in Congress. And did Love have any sense that Holt is the man who in 2004 published a diatribe including an assertion that the “nigro [sic] is still as criminal, surly, lazy, violent, and stupid as he/she ever was”?

Since the revelations from The Guardian, the candidates are scrambling with the hot potatoes of Holt’s campaign contributions. But isn’t the next step to figure out which other leaders and spokespersons of hate groups on the Southern Poverty Law Center’s map of hate groups are also making donations to their campaigns and to set up triggers to notify campaign finance people that the money is coming from racist organizations? Or is the theory that the campaign money from racist organizations is OK so long as The Guardian or the New York Times don’t report on it—and then we’ll give it to charity if we’re outed?—Rick Cohen