Income Segregation: Cities with the Greatest Separation between the Poor and Everyone Else 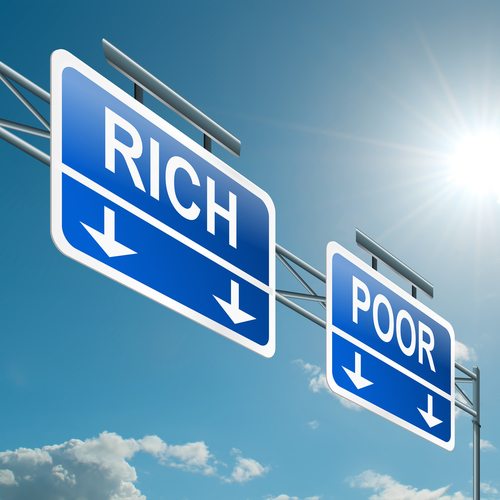 Over the years, there has been an increase in the income disparity between the “haves and have-nots” in America, but less has been written about how this disparity sees itself manifest physically within U.S. cities. In an ongoing report by the Atlantic, Richard Florida discusses this growing issue, stating, “This increasing concentration of poverty poses a host of problems to communities. Less advantaged communities suffer not just from a lack of economic resources but from everything from higher crime and drop-out rates to higher rates of infant mortality and chronic disease.”

Cities with the most income segregation were in the Midwest and the Northeast, with Milwaukee having the highest level, followed by Hartford, Philadelphia, Cleveland, Detroit, New York, Buffalo, Denver, Baltimore, and Memphis. The author observed that many of “these are Rustbelt metros with large minority populations that have been hit hard by deindustrialization.” Additionally, Florida looked at mid-sized communities and noticed that “many of the places with the most concentrated poverty turn out to be college towns, where the town-gown divide seems to be very real.”

Cities with the least income separation—large metros where the poor are the least segregated—were in the Sunbelt and the West, including Portland, Miami, Seattle, San Jose and Salt Lake City. According to the article, “many of these metros have lower wage service economies, but several are centers of high tech industry and knowledge work.” The research showed that as the metropolitan areas became smaller, they might become less segregated by income. Florida states “there are about 80 smaller and medium-sized metros where the poor are less segregated than the least-segregated large metro.”

The impact of both living and growing up in an income-segregated community can be devastating in a number of ways, including alienating certain communities from the important aspects of the community. According to Harvard sociologist Robert Sampson “the stigmatization heaped on poor neighborhoods and the grinding poverty of its residents are corrosive, leading to …‘moral cynicism’ and alienation from key institutions, setting up a cycle of decline.”

Additionally, the long-term impact of income segregation can make it monumentally hard for low-income people to escape this decline, a position shared by New York University’s Patrick Sharkey, who found that “neighborhood inequality is multigenerational, something that is passed down from parents to children in the same way that genetic background and financial wealth are transmitted across generations.”—John Brothers