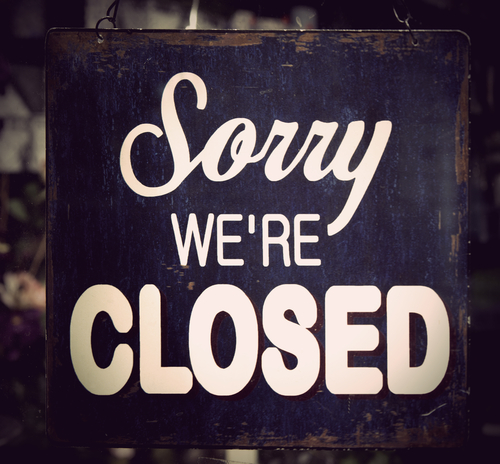 New nonprofit journalism sites are scattered around the globe. Many are still frail startups, albeit often with skilled and notable journalists at their helms. One of them, Homicide Watch D.C., will be closing its doors at the end of the year.

First established in 2010, Homicide Watch D.C. has created a custom database that reports on homicides in the District of Columbia from the time they were committed through their investigations and trials. As noted by the site, the site seeks to provided a much needed resource “for the people who need it most: victim’s families, suspects’ families and all others affected by violent crime in D.C.”

The site is one of several ongoing projects across the Eastern U.S. Most recently, Homicide Watch teamed up with the Chicago Sun-Times to cover crimes in Chicago; it also expanded to Northeastern University to cover Boston and with The Trentonian in Trenton, New Jersey. WBUR and Frontline also serve as consulting partners for Homicide Watch.

The organization was created by spouses Chris Amico, a journalist and web developer, and Laura Amico, a journalist who became a Nieman-Berkman Fellow in Journalism Innovation at Harvard University in 2012, resulting in a move from D.C. to Cambridge, Massachusetts. Ultimately, this move has left the site without a full-time organization, nonprofit, or newspaper to keep the D.C. office in operation. Throughout its short lifetime, the site has often had to rely on crowdfunding efforts to keep the project going in D.C. However, whether the funds are available or not, Homicide Watch is still left without an organization directing the efforts in D.C. where the Amicos are no longer located.

Homicide Watch D.C. has become the second startup organization reporting on local crime this week to call it quits. Yesterday, Joshua Benton from NiemanLab also covered the closure of the nonprofit Gun Crisis Reporting Project, which covers gun violence resulting in homicides in Philadelphia. Similar to Homicide Watch, GunCrisis.org publishes articles every day covering homicides while at the same time seeking to find solutions to end gun violence. The reporting staff is as steeped in the community that they are trying to change as they are in the cause.

In a familiar story, funding is not available for the project to continue functioning. In a statement, the site’s editor, Jim MacMillan, said:

“Funding has been impossible. We have pursued grants large and small, and investigated underwriting, partnerships and crowdsourcing, but with little success, in spite of generous and expert grant-writing support from friends and colleagues who have volunteered their time.”

The consequence of the lack of funding and organizational issues for these much-needed and critically important sites is an absence of journalism that concentrates on and follows local crime in ways larger organizations often cannot.

Bill Keller left his post at the New York Times after 30 years to become the editor-in-chief at the Marshall Project, a startup focused on critical reporting on the criminal justice system that will be rolled out this month. However, many suspect, as does Neil Barsky, founder of the Marshall Project, that as a business model, nonprofit journalism focused on the criminal justice system is unlikely to produce favorable results.

In an interview with the New York Post in February, Barsky said, “There is no way to cover the criminal justice, courts and prisons and make money from it. There’s no way to support it with ads.”

Given the impact that this type of reporting can have, it is certainly disappointing that others either do not see the merit of their work or do not believe they have a responsibility to continue it. As observed by Laura from Homicide Watch D.C. in her note:

“The cost of running of the site is, effectively, one full-time reporter. But these are selling points we’ve made to many D.C. organizations, time and again, and the reality is that no matter the audience or cost, this work is explicitly not a priority for many. We hope that will change.”

CORRECTIONS: This article has been altered from its original form to reflect new information that came to us after publication. Notably, a greater emphasis has been placed on issues of the leadership and daily operations of the D.C. office leading to the closure, rather than issues of funding. We also included new information about Homicide Watch’s partnerships with WBUR and Frontline. We appreciate Homicide Watch D.C. for informing us of these clarifications.