Infographic: The Impact of STEM Education on Students 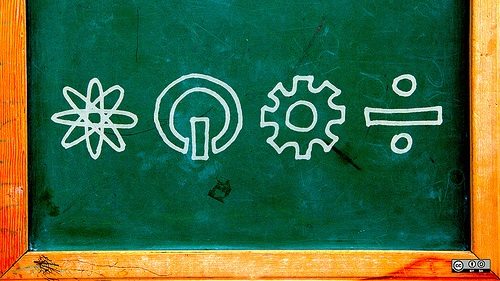 A nonprofit social enterprise, First Book, has put together an infographic to highlight the importance of STEM (science, technology, engineering and math) in education. Studies have projected that by 2018, there will be eight million STEM jobs in America, yet as many as three million of these position may go unfilled because of the lack of concentration on these subjects in school.

First Book partnered with the information technology company Lockheed Martin to create the infographic below:

The infographic aims to get to the root of the problem, noting the decreasing interest in science and mathematics by stressing such statistics as the fact that only 28 percent of students starting high school, or around one million young people, are interested in STEM subjects. Of those, six out of ten lose interest by the time they graduate.

So, how can we get more students engaged in STEM subjects in school? First Book points to education access as a large source of setbacks in STEM education, stating that only 65 percent of schools with predominantly Hispanic and black populations offer Algebra II. Even more alarming, just 27 percent offer calculus. Students living in poor neighborhoods are also less interested in pursuing math and sciences; only 19 percent of eighth-graders from low-income families score as “proficient” in basic math.

Clearly, the lack of interest in STEM subjects is linked to poorer communities and can start at a very young age; studies show that as early as fourth grade, 33 percent of students already show a negative attitude toward the sciences.—Aine Creedon