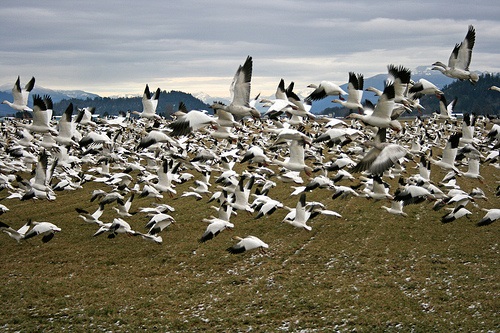 In a previous article, we addressed some common platforms for crowdfunding initiatives, taking a comparative look at Kickstarter, Indiegogo, and Razoo. But what happens to your crowdfunding project once you’ve reached your initial fundraising goal? If your project is producing a film or recording an album, maybe you’re more or less done. But if your project involves nonprofit service delivery, maybe you’re just getting started. Nonprofits can’t predict everything, but we can plan for some changes as a result of our success. The intent of a crowdfunded campaign is quick capital for a specific purpose, but there is a big difference between funding a new building and funding a new program effort. The latter may soon collapse without additional operating support. How can one maintain a successful effort after that initial infusion of support?

First, before you even get started with your crowdfunding plans, don’t underestimate the power of a good budget. While not a particularly high-tech tool, Excel has stood the test of time and can help your nonprofit project what it will need (if you ask the right questions). When you add ongoing commitments as the result of a crowdfunded effort, it’s important to ask all the follow-up questions regarding increased expenses. Did you budget for increased administrative costs that will accompany the crowdfunded work? Marcia Avner, senior policy fellow for the Minnesota Council of Nonprofits, is fond of saying “If you don’t ask, you don’t get.” Ask for all the ongoing costs you need in your budget. Unlike the immediacy of the short-need ask, this will require you to deliver your crowdfunding pitch as a request for long term support, which means you will need to make sure it has a sense of direction over time.

Unlike many “one and done” crowdfunding projects, sustaining a crowdfunded project over the long term may require recurring donations in smaller amounts after an initial surge to get started. This will likely appeal to those donors who need the opportunity to give at a slower pace to accumulate an amount that makes a difference. Recurring, small donations do just that. A donor may not want to make a $100 donation out of one paycheck, but as any public radio or television listener knows, $10 a month adds up to more in a year. In many cases, after the donor has an established relationship, they will not discontinue that donation just because the year is up (provided you have not done something to irk your support base in the course of that year).

The tools you built for your crowdfunding effort can help you to sustain it, but be careful to know that you may be dealing with separate audiences (though there will be some overlap) in the initial surge and the ongoing support phases. Blackbaud’s most recent report urges donor control of the tools and of the conversation (a finding that is consistent with NPQ’s recent article emphasizing the importance of developing mechanisms to put donors in control of communications). If your donor learned about you because of a crowdfunded effort and wants to be engaged once and once only, respect that and move on. Don’t make them into an opponent because your fundraising team insists on being tone-deaf. If you offer them the chance to learn more, and they have choices about how they can do that, then follow them on their chosen path and support their choices. Blackboard’s key crowdfunding message—“give control to the donors”—is worth your consideration.

Some organizations are taking a careful look at the analytics on converting supporters engaged in a crowdsourcing effort into regular donors. The American Red Cross is sharing what they know about trying to get crowdfunders for specific disasters to become more regular donors. But let’s acknowledge that, given the nature of disaster relief philanthropy, many supporters of “in the moment” crowdfunding relief efforts may not become regular donors. If so, the best solution may be to develop ways to sort that cohort out early in order to be able to devote more time to converting the remainder of unrestricted donors.

Lastly, keep in mind that, if sustainability is your aim, your pitch should be for unrestricted operating support. Be careful not to accidently restrict the money for the crowdfunded effort if you can avoid that path. “Your contribution supports Project A” is very different from “Your contribution to our nonprofit helps supports efforts like Project A.” After all, if it turns out that your crowdfunded effort isn’t sustainable after all, then it may be best to close the books on that project while still keeping the donor relationship alive for your other work.

Steve Boland lives at the intersection of community, policy and technology. Steve holds a Master of Nonprofit Management degree from Hamline University, and is a regular contributor to Nonprofit Quarterly. He can be reached at [email protected] or twitter.com/steveboland.

More about: Financial ManagementManagement and LeadershipTrends