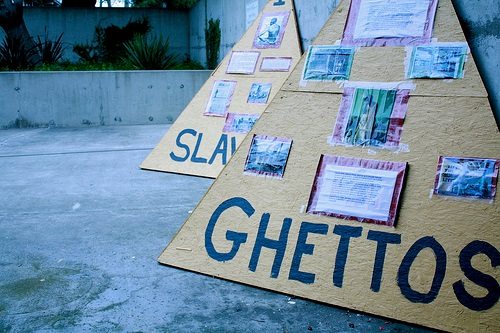 Writing for the Citizen-Times, John Boyle describes a noteworthy growth in the nonprofit NAACP network in Western North Carolina. The growth is in NAACP chapters—five new ones in the past year alone—and in membership. The new members of the NAACP in this region are largely white, reflecting the five counties’ 95.7 percent white demographic.

Some of the growth may be attributed to the visibility of the NAACP’s “Moral Monday” protests, initiated in 2013 under the leadership of Dr. William Barber II, the president of the NC State Conference of the NAACP, against an array of conservative policies and legislation promoted by North Carolina’s Republican legislature and its governor, Pat McCrory.

Activists characterize the increasing numbers of whites in the NAACP programs as “fusion,” defined as “when multiple races and groups of people come together with a common goal.” That isn’t really new in the history of the NAACP, which has always had members from all races. But the historic focus of the organization was racial equality. Now, according to John Hayes, the president of the Asheville branch of the NAACP, the issue “has no color except green…It’s the haves and have-nots.”

While no one in Boyle’s article dismisses the continuing presence of racial issues, a retired political science professor from UNC Asheville suggested that “much of the institutional discrimination and racism the NAACP fought in the 20th century has been addressed, in part through the Civil Rights Act and the Voting Rights Act,” though he acknowledged that “de facto discrimination” has not been eradicated by these laws.

There is no debating that any socio-economic or class mobility in the United States is increasingly being revealed as a myth. For example, a very recent study by Johns Hopkins University sociologist Karl Alexander that tracked 800 children in Baltimore from first-grade through their early twenties showed that only four percent moved from low-income to high-income income brackets and a small proportion of the poor children had obtained college degrees by the time they turned 28. Alexander’s research showed, however, the degree to which racial issues exacerbated the disparities in the study. For example, affluent whites had much higher rates of “problem behaviors” such as heavy drinking and heavy drug use, but those whites still showed much higher rates of upward mobility than others, particularly African-Americans, in the study.

Another study from Stanford University, examining racial inequities in criminal justice, an issue much discussed in the literature and the press, yielded a surprising finding: “Many legal advocates and social activists seem to assume that bombarding the public with images, statistics and other evidence of racial disparities will motivate people to join the cause and fight inequality,” said Stanford researcher Rebecca Hetey. “But we found that, ironically, exposure to extreme racial disparities may make the public less, and not more, responsive to attempts to lessen the severity of policies that help maintain those disparities.”

Perhaps adding to the phenomenon, a Blair-Rockefeller poll in 2010 revealed what Allen University history professor Christopher Rounds characterized as “a possible Political Correctness fatigue,” in that more than half of the whites in the poll believed that “too much attention is being paid to race and racial issues.” Laws such as the Civil Rights Act and the Voting Rights Act may provide some persons with the means of redress against otherwise lawful racial segregation, but they may not undo the institutional racism ingrained into the policies and practices of institutions such as the criminal justice system and the educational system. Moreover, institutional racism may be maintained and protected by what Rounds describes as the “rise of casual racism in the era of Obama.”—Rick Cohen