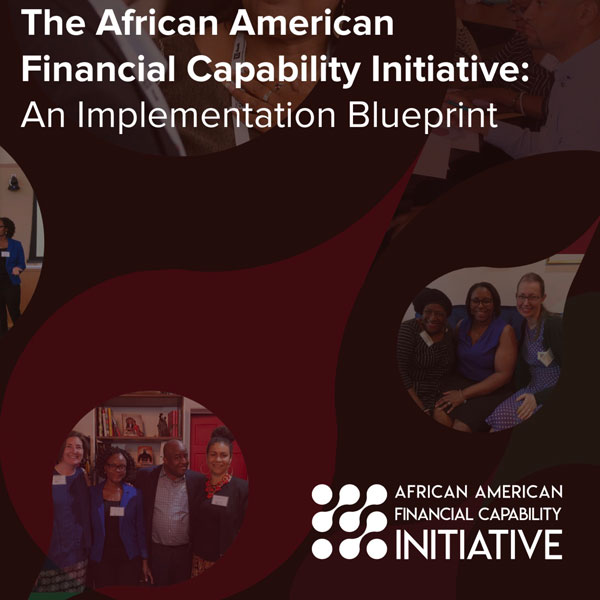 When it comes to reducing the racial wealth gap, what can a nonprofit organization do? Prosperity Now, a Washington DC-based nonprofit intermediary committed to “ensuring everyone in our country has a clear path to financial stability, wealth and prosperity” is seeking to find out through its African American Financial Capability Initiative. For the past three years, the initiative has piloted programs in six cities that aim to reverse the negative outcomes of public policy and help “help low-income people of color achieve financial security.” Earlier this year, Prosperity Now’s Cat Goughnour, associate director of racial wealth equity, and Lillian Singh, vice president of racial wealth equity, published a report that highlighted program outcomes.

The challenge posed by the racial wealth gap is enormous. As Eillie Anzilotti writes in Fast Company, “Black families currently have a median wealth of $3,600, compared to white households’ $147,000.” And many studies suggest that this racial wealth gap is growing wider over time. As NPQ has covered, a report Prosperity Now coauthored with the Institute of Policy Studies in 2017 found that median wealth for black families, if current trends continued, will fall below zero shortly after mid-century, with Latinx families projected to face the same fate 20 years later.

The idea of this pilot Is to generate strategies on a community-by-community basis that might be effective over the long haul. As Anzilotti writes:

Across…six cities, their initiative worked with local leaders and communities of color to identify key drivers of the racial wealth divide in each place. They then worked together to design and implement programs to counterbalance those factors. The work was funded by the Northwest Area Foundation (NWAF), a St. Paul-based organization that awards grants across eight states and 75 native nations across the northwestern part of the country.

The investments were limited. The foundation gave a total of $4.35 million to Black-led organizations in six cities over three years. This works out to an average of less than $250,000 per city per year. Goughnour explained to Anzilotti that the goal through these modest initiatives is to identify “the sweet spot in each context for moving people up and out of poverty. We have to shift from the idea that individuals need to change and focus on what institutions and resources are lacking in disinvested communities.”

Different cities adopted different approaches, reflecting the priorities of local leaders. Seattle, for example, which has experienced a wave of gentrification and soaring property values, focused on supporting affordable housing development. Working with four black-led local organizations, a community land trust was formed, which is sponsoring a “mixed-use building comprising affordable housing, black-owned businesses, office space [and a] 115-unit affordable complex…home to 80 families and three black-owned businesses at risk of displacement.” In Des Moines, on the other hand, access to banking services was seen as a more significant barrier to building  black wealth than access to housing. Difficulty in connecting to a bank limits “access to credit or loans, which in turn limits black families’ ability to buy a home, start a business, or access other resources like good healthcare or a college education.” A black-led financial institution was established by the initiative in partnership with five local groups: “In the last year, 57 people in Des Moines have opened new bank accounts, and the CDFI helped over 68 people formally register businesses.”

The nature of pilots is to test things out, with the hope that the principles discovered may inform larger-scale, government-backed efforts later on. Prosperity Now is clear on this point. Indeed, in their report, Goughnour and Singh conclude, “The most important learning from the AAFCI is that Black-led, Black-serving [communities of practice] can’t change structural conditions for African Americans on their own. This statement of fact isn’t denying the promise of the AAFCI economic mobility models, but is being clear about the economic, social and political constraints and limitations Black people face in achieving economic liberation and prosperity.”

That said, the principles learned in the program could help guide future philanthropic efforts. In particular, Goughnour and Singh identify seven core principles:

The stakes, Goughnor and Singh emphasize, are high. In their report’s conclusion, they write, “Four hundred years of economic exclusion and inherited disadvantage have compounded to create contemporary racialized wage and wealth divides which, if nothing is done, are projected to extend well into the future. Individual explanations of inequality are insufficient for understanding or solving this issue of persistent, multigenerational poverty. It is the interlocking structures of society that ought to change.”—Martin Levine and Steve Dubb