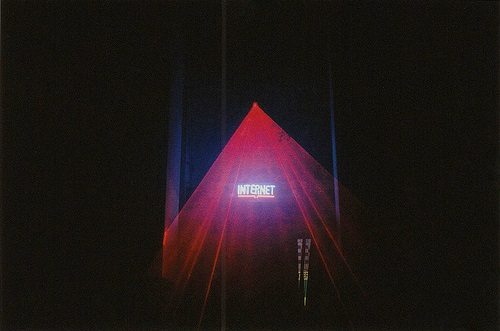 “The Internet has transformed how we connect and engage with the world around us, creating challenges and opportunities in every area of contemporary life. It can be used to foster enlightenment and learning, and to promote justice. It can also be used to exert control, stifle legitimate discourse, and concentrate power in the hands of a few. The web’s ubiquitous nature and power demands that we work together to ensure that it serves the common good.

“The Knight, MacArthur, Open Society, Mozilla, and Ford Foundations have come together with leaders from government, philanthropy, business, and the tech world to launch an ambitious new partnership to spark the next generation of innovation for social change and progress.”

—From the project’s self-description

On Wednesday, the Ford Foundation hosted a daylong event in New York along with its partners—the Mozilla Foundation, the Open Society Foundation, the MacArthur Foundation, and the Knight Foundation—to announce the NetGain project, described above. We urge readers to read the project materials themselves, including submissions by other groups concerned with the advancement of civil society. Videos from the event can be found here.

Here is how the invitation to participate in the NetGain Challenge is worded:

“We need your help to identify the biggest challenges that lay ahead of us. How do we balance security and privacy? How will we connect the entire world’s population? How will we archive all information and make this knowledge accessible? How can technology make democracies more participatory and responsive?

“We want you to think big. Submit your ideas using the form below and help us focus on the most significant challenges at the intersection of the Internet and philanthropy.”

The initiative comes at a momentous time in the weeks leading up to the vote on net neutrality, where proponents of a World Wide Web where innovation is encouraged, rather than squashed, are finding more and more support.

“Internet rights are civil rights,” said Darren Walker, president of the Ford Foundation, as he opened the event, which was packed with remarkable nonprofit leaders representing all the different areas of the sector.

The surprise keynote speaker, New York City Mayor Bill de Blasio, truly drove the point home by explaining how lacking Internet access puts an individual at a significant educational disadvantage. He spoke of the Internet as the great equalizer and debunked the myth of its perceived widespread accessibility—in the many low-income neighborhoods where educational opportunities are scarcer, fewer households have high-speed Internet. Among his own proposals, Mayor de Blasio suggested converting payphone booths in New York City into Wi-Fi hotspots, putting direct access to the Internet in public. The mayor also urged nonprofits to extend their reach into projects that would help expand the Internet’s accessibility.

“We know that you can fill in some of these gaps more effectively than any government, and you can spark change more agilely than most governments ever could, and we need you to do that,” said Mayor de Blasio.

Sunil Abraham, the executive director of the Centre for Internet and Society in India, spoke briefly on the “almost worldwide” Web and its general inaccessibility internationally. What does it say about the Internet that many countries like China, Iran, and North Korea restrict access or censor content on the Internet?

Along with Abraham, the rest of the morning’s events included brief presentations from some of the best minds in the cross-section between nonprofits, activism and the digital world. From Ethan Zuckerman (director of the MIT Center for Civil Media) to Alicia Garza (cofounder of the #BlackLivesMatter movement) and Emily Bell (director of the Tow Center for Digital Journalism at the Columbia School of Journalism), the speakers each specified issues that they believe would impede policymaking, design, and the archiving of information on the Internet. The afternoon session also included a talk with Tim Berners-Lee, the inventor of the World Wide Web, and his own thoughts about the developments the Internet has undergone since its primitive days.

The importance of Internet privacy was spotlighted by the event’s screening of Laura Poitras’ Citizenfour documentary about the Edward Snowden affair. Others, like Alicia Garza and Heba Moraef, an Egyptian human rights defender, talked about how social media can actually be detrimental to activist efforts. While social media posting has become “parallel to street activism,” the Internet now carries the same dangers of protesting in public. You can post a picture to Twitter, but you open the door for the government to trace your IP address, follow your every movement, and put you on watch lists—all because you tweeted a picture of a protest you attended.

The multi-foundation effort also called on the community to input their own ideas through the NetGain challenge. Once an idea has been submitted, others can vote on it. One popular challenge submissions urges philanthropy to reevaluate its relationship with technology:

“Philanthropy needs to understand technology (and its adjacencies—data, networks, etc.) not simply as a set of discrete tools, but a whole new form of societal infrastructure…Philanthropy must 1) recognize that technology will disrupt every program it has; and 2) help shape the development of the technology infrastructure to benefit society as a whole and drive the changes it’s attempting to make in various programs.”

And another urges philanthropy to focus on “little data”:

“Fund little data. Big data is mediated by governments and companies with a vested interest in surveillance or marketing, but we also need metrics to challenge them. We need to count people who are silenced and the agents that are silencing them. But journalists and NGOs who provide the little data and oversee the agents with power are bleeding money.”

“Philanthropy needs to understand technology (and its adjacencies – data, networks, etc.) not simply as a set of discrete tools, but a whole new form of societal infrastructure. So long as that infrastructure is 100% proprietary and commercial, it will be used to create a wedge of inequity into society, benefiting some as the expense of others. Like all major forms of infrastructure, technology is already and will increasingly disrupt every sector – industry, government, civil society – and community. Philanthropy must 1) recognize that technology will disrupt every program it has; and 2) help shape the development of the technology infrastructure to benefit society as a whole and drive the changes it’s attempting to make in various programs.”

This initiative is a creature of the times and one that needs many hands and minds guiding it. Read through the thoughts of those already participating and take the NetGain Challenge yourself! You will be doing your community and the future of civil society a big favor.