Is Charity among the Less Moneyed Just Plain Foolish? 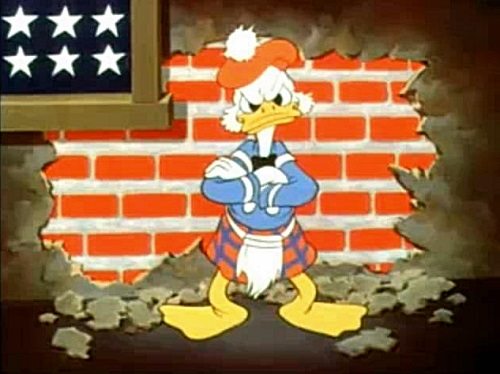 “What’s the use of having eleven octillion dollars if I don’t make a big noise about it?”

Steve Siebold of Business Insider has lobbed a controversial thought into the midst of the “giving season,” urging people without millions to think twice about that gift we might make. Siebold, whose by-line describes him as a “self-made multimillionaire,” suggests that the church’s encouragement to tithe and other exhortations to give back to the community constitute bad advice flowing from “socialistic philosophy…rooted in the belief that everyone is his brother’s keeper.”

Of course this line of thinking flies in the face of that great “socialist” Theodore Roosevelt, who said, “There is not a man of us who does not at times need a helping hand to be stretched out to him, and then shame upon him who will not stretch out the helping hand to his brother.”

Siebold poses the question: If you don’t have enough money and food for yourself and your family, how can you give to anyone else? In fact, he references instructions in an airplane as a guide for how we should behave—if the oxygen level drops, put your own mask on first, then help the person next to you. He says that all self-made millionaires will tell you that there is a time when you must focus on yourself and your business, and that it is only through this that major success will come to you.

Only when you have achieved wealth, or at least financial comfort, he argues, should you even contemplate the idea of giving to charity. Then you will have enough that you can give without harming your own interests. In fact, he flat out says it is “wrong” to give until you can afford to do it. Of course, the great “socialist” C.S. Lewis once said, “I do not believe one can settle how much we ought to give. I am afraid the only safe rule is to give more than we can spare…. There ought to be things we should like to do and cannot do because our charitable expenditure excludes them.”

Siebold suggests that until we are wealthy ourselves, we should leave charity to the Zuckerbergs, whom he references in his article as having just given millions to help battle Ebola. The path to wealth, Siebold argues, is one we should all at least consider taking, as our own comfort and that of our loved ones is of primary concern. It does not make us a bad person. Another great “socialist,” Booker T. Washington, on the other hand, is quoted as saying, “Those who are happiest are those who do the most for others.”

One final point Siebold makes is that by creating a new product in your business life, you may actually be helping more people than by volunteering four nights a week. As counterpoint, consider the words of Marley’s ghost in A Christmas Carol by Charles Dickens:

“Business! Mankind was my business; charity, mercy, forbearance, and benevolence, were, all, my business. The deals of my trade were but a drop of water in the comprehensive ocean of my business!”

Although he championed the needs of the poor and decried the pursuit of wealth at all costs, Charles Dickens was not, in fact, a socialist.—Rob Meiksins

A Plea to Help Nonprofits with Personal Economic Impact Checks