Is the Media Too Soft on Mega-Donors? 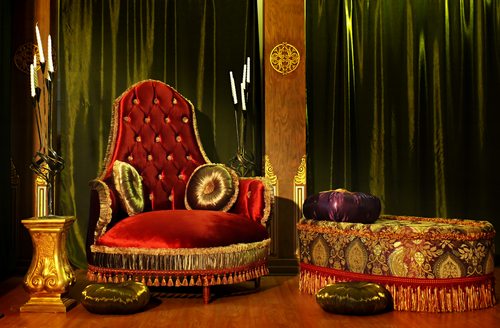 Following up on Rick Cohen’s recent article in NPQ on whether a major donation would negatively impact a nonprofit journalism site’s ability to be objective, Pablo Eisenberg recently had a column in the Chronicle of Philanthropy asking if journalism as a whole is being too soft on philanthropists.

Eisenberg accuses modern journalism of being nothing more than a passive cheering section for major donors, whereas in the past papers such as the New York Times and the Boston Globe would regularly expose inappropriate actions by foundations and philanthropists. He bemoans the fact that with the demise of the newspaper industry, there are fewer and fewer investigative journalists in general, and almost none who take the nonprofit sector as part of their beat.

The result, according to Eisenberg, is that when the mega-wealthy like Bill Gates and Warren Buffet announce something like the Giving Pledge, no one at the press conference asks any tough questions, including why the Gates Foundation has only three trustees, and how will the general public hold the adherents to the Giving Pledge accountable for their donations?

The attitude journalists are accused of adopting is one that is pervasive throughout the nonprofit sector: an admiration for wealthy people and a gratitude for their generosity that borders on adoration. Just because the mega-wealthy have made a donation, we instinctively feel thankful, even though the donation might have had a more significant impact if it had been directed elsewhere. Eisenberg pooh-poohs specific major gifts to zoos and historic buildings as an example of this.

This is where the article begins to tread on some interesting but potentially thin ice, suggesting that donors are in some way obligated to give their money to what the general public would perceive as the greatest need, such as issues of poverty over preservation of historic buildings. The article does not come right out and say this, but instead asks why journalists do not pose these kinds of tough questions and, in so doing, serving as a watchdog on philanthropy. As mega-donors increasingly use their money to impact public debate and policy, Eisenberg argues, it is critical that someone holds them accountable and keeps them honest.

As Eisenberg and Cohen point out in their articles, this becomes increasingly difficult when the very donors who should be held accountable make huge gifts to the objective, watchdog journalism outlets in the nonprofit sector. How tough can a journalist be on someone who has just made a very large gift to his or her employer?

In the final analysis, we are moving into the zone of the relationship between the nonprofit sector and its donors. In 2003, Penelope Burke wrote Donor-Centered Fundraising. That book encourages nonprofit organizations to see their donors as incredibly valuable people, to honor their wishes, and to thank them for their generosity. It is a process of making sure that you keep the donor in mind, report back to them on how their money has been used, and honoring them for the impact they are having.

Taking this positive impulse to the logical conclusion, we are empowering donors to adopt a posture of leading rather than merely supporting. Simply by right of the fact that they have a lot of money, they are able to direct how the money will be used to further their own goals and interests. Eisenberg and Cohen are suggesting that it is not enough to say “It’s their money so they get to do what they want with it,” and that we need to establish a process of accountability.

Holding donors accountable to the public interest is not a topic many people are talking about, sadly. Hildy Gottlieb has been asking this question for a number of years now. Her theory is that unlike investors in a for-profit corporation, donors should not really expect accountability from the nonprofits they support. The nonprofit is, instead, accountable to the general public it serves. This approach would alter the unquestioning empowerment of donors the sector has fostered in the guise of thankfulness. NPQ encourages your reactions: Are mega-donors too emboldened, with no one holding them accountable?—Rob Meiksins