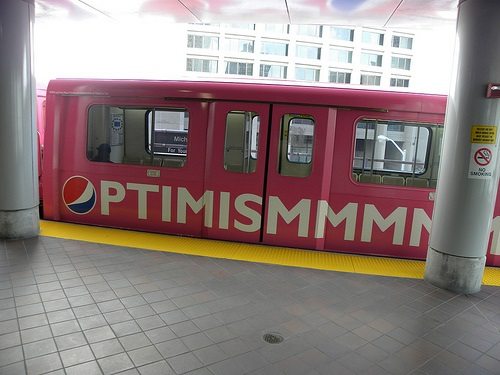 Mike Duggan looks like he might become Detroit’s first white mayor in four decades. He was the top vote getter as a write-in candidate in the primary and holds a sizable lead over the second place finisher, Wayne County Sheriff Benny Napoleon. The Daily Beast asks whether he can save Detroit, as though the ability to reshape the future of this downtrodden city is a solo performance. In our experience, the “saving” of cities is a collaborative effort, with significant participation of the nonprofit sector at the table as an absolute sine qua non.

So, if Mike Duggan, regardless of his race or ethnicity, is going to be the next mayor of Detroit, our questions concern his nonprofit bona fides. We checked on GuideStar, our go-to source for nonprofit information, and found that Duggan has lots of nonprofit connections in Detroit and beyond:

Many of Duggan’s other nonprofit connections stem from his position as CEO at the Detroit Medical Center from 2004 to 2012 and, since 2011, senior vice president of Vanguard Health Systems, a for-profit hospital network. Forbes also lists Duggan as being on the board of the Greektown Casino, LLC, and, until 2013, on the board of Greektown Superholdings, which owned a majority interest in the Detroit casino. On the board of Superholdings, Duggan pulled in $102,500 in fees or cash in 2012 and $197,420 in both fees/cash and stock in 2011.

Benny Napoleon’s public service is very much public rather than nonprofit, having served as a Detroit Police Department police officer, ultimately becoming chief of police, and later, after a period as a vice president of a black-owned real estate development firm, becoming Assistant Wayne Council Executive and then Wayne County Sheriff. GuideStar listed Napoleon as a director of the Detroit Riverfront Conservancy as of 2011. Duggan, too, has a public sector resume, including his positions as Deputy Wayne County Executive, general manager of the SMART bus system, and Wayne County’s Public Prosecutor.

Unless all the press hoopla is seriously off base, Duggan will be the newest occupant of the Detroit mayor’s hot seat, succeeding former basketball star Dave Bing who came in with the best of intentions but had to endure a state financial takeover and a municipal bankruptcy declaration. Duggan’s nonprofit credentials are lengthy though with nonprofits that tended to be high-level leadership groups. On some of the boards Duggan has served on, there are other board members from Detroit’s networks of community-based nonprofits. A nonprofit agenda for a mayor isn’t simply one of including groups with 501(c)(3) statuses, but reaching out to the community-based nonprofits that throughout Detroit’s decades of travails have tried to respond to the needs and reflect the voices of ordinary Detroiters.—Rick Cohen