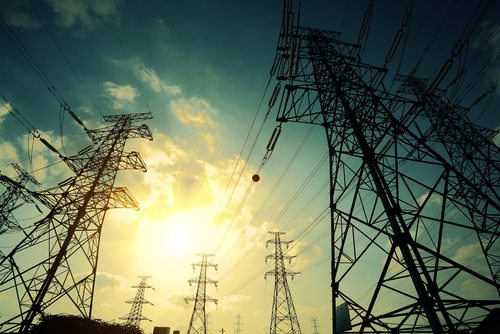 William Schambra, Director of the Bradley Center for Philanthropy and Civic Renewal, recently addressed the annual meeting of the Council on Foundations in Chicago. The edited version of his speech published on philanthropy.com represents some of the most interesting reading about the role of foundations and philanthropy in our society that this writer has seen in a very long time.

Mr. Schambra’s argument is that foundations in America have made a radical adjustment in the manner in which they engage with society, and in so doing may be subverting what we know as the social contract. According to Mr. Schambra, our idea of the social contract dates back to philosophers and theorists like Hobbes, Rousseau, and John Locke. These theories hold that the social contract is a direct relationship between government and the people being governed. In the case of the United States, that would mean an unmediated relationship between elected representatives and the citizens.

According to this argument, any group, movement, or individual trying to insert itself into that relationship is implicitly breaking the social contract. A union, for example, inserting itself into negotiations between workers and the government. Or perhaps the NRA advocating to senators in Washington, D.C., that background checks for gun purchasers are in violation of the Second Amendment. In both cases, one could argue, a third party has come between the political state and the rights of the people.

We have come to expect this kind of advocacy, Mr. Schambra argues, for good or bad. We are no longer shocked even when a donor, a philanthropist, goes directly to the source and advocates on behalf of the cause it supports. Mr. Schambra points to an example in New Jersey where a philanthropist said they would only make a donation to support education if the incumbent governor was re-elected. This is a far cry, Mr. Schambra argues, from our image of foundations that act from purely philanthropic impulses and give to worthy causes such as the alleviation of homelessness, poverty, and hunger. Now they are taking matters into their own hands, going directly to the source of power, and influencing decisions in such a manner as to potentially wreak havoc on that social contract.

Foundations have become more focused and directive in their giving than ever. Those of us in the nonprofit world are well aware that we now have to see what the foundation has decided should happen, and wonder if we fit. We also see the Koch brothers on the right, and George Soros on the left, actively supporting nonprofit organizations and even helping to jumpstart whole movements that support their ideas and ideologies.

Are these “donors” in danger of subverting the social contract as Mr. Schambra says? Have they come between us and our government? Or are they merely a pure expression of democracy? In our history, there have been cases when foundations have been investigated for overt involvement in the political process. Generally, however, those seem to have occurred around a major “cause célèbre,” such as anti-communism in the 1950s. There are shadowy donors on the conservative side of the spectrum and on the liberal side. And perhaps that is the issue: We only take issue when that wealthy donor is promoting a cause we disagree with. Those of us on the left raise our fists and decry the Koch brothers, and vice versa for those on the right who decry the actions of Soros.

Maybe the issue is transparency, and the “philanthropists” subverting the social contract are the ones who will not do it openly—the ones who will not publicly state they have funded the cause, the candidate, or the legislation. Or maybe it really is none of their business. This is a democracy, and one should not be able to buy your way into it, rather than vote your way in.

Or has the social contract evolved from the historical context Mr. Schambra outlines in such an erudite way? Perhaps its new definition encompasses more than our relationship to the civic state, but to each other, and what we could and should expect from being part of, and contributing to, the communities in which we live.—Rob Meiksins