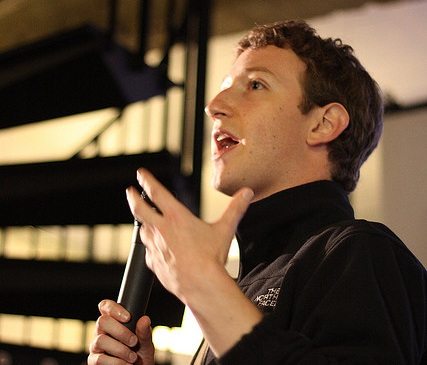 In his speech at the TechCrunch Disrupt SF 2012 conference in San Francisco last week, Facebook CEO Mark Zuckerberg described the social media giant as a “mission-driven company” and expressed enthusiasm about the mission of the company – beyond its financial mission. He didn’t seem to use the concept of mission in the same controversial (misguided, some say) way that Salesforce.com recently tried to trademark the term “social enterprise.” Rather, he seemed to have used the concept of “mission” in a context suited more toward nonprofit organizations than to a for-profit public company. Is Facebook a social enterprise? What is a mission-driven business?

At the tech conference, Zuckerberg went on to say that to achieve a mission, an organization has to have talented employees and in order to attract such employees, the organization needs to make money – and a lot of it at that. This viewpoint echoes the often-heard sentiment of social entrepreneurs that they want to “do well by doing good,” where doing well is equated with making money. It is telling that Zuckerberg did not use the term “social enterprise,” but instead said “mission-driven.” Mission-driven businesses, in the social-spectrum nomenclature, can be thought of as a close relative of social enterprises. Mission-driven businesses do not necessarily prioritize social or environmental missions over their revenue-generating activities or earned-income strategies, but are still interested in a larger mission or goal other than profitability.

Zuckerberg’s claim to this specific term shows that nomenclature on the spectrum between for-profit and nonprofit is important. There is no universally accepted definition of “social enterprise,” so it means different things to different people. Nonetheless, universal nomenclature can give power and legitimacy to an idea or movement as well as deter other potential users from distorting or co-opting the idea. According to the Social Enterprise Alliance, “social enterprises are businesses whose primary purpose is the common good. They use the methods and disciplines of business and the power of the marketplace to advance their social, environmental and human justice agendas.” This doesn’t quite sound like a definition that fits Facebook—after all, is Facebook’s primary purpose really the common good? Investors may be disappointed (and feeling litigious) if this were true. –Alicia Plerhoples