Is University Education about the Search for Truth or Job Training? 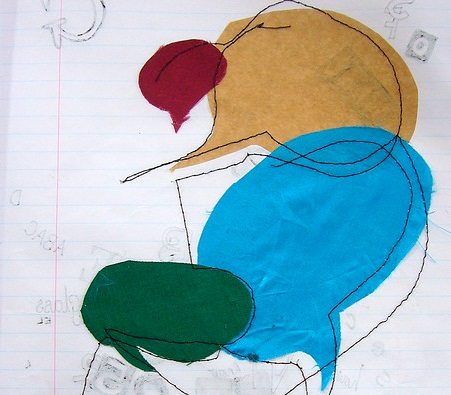 An op-ed piece in the New York Times by Christine Evans, an assistant professor at the University of Wisconsin-Milwaukee, is the latest in a long series of articles attacking legislation that threatens to change the very basis of why the University of Wisconsin exists. Although the university is not technically a nonprofit organization, the swirling controversy could be a cautionary tale for nonprofits that do business with the government.

The story involves a proposed biennial budget offered by Governor Scott Walker, a likely candidate for president. Buried within the budget was a rewrite of the mission statement of the University of Wisconsin system, which is commonly known as “The Wisconsin Idea.” Dating back to potentially as early as 1904, the Wisconsin Idea is described on the university system’s website as “the principle that the university should improve people’s lives beyond the classroom. It spans UW-Madison’s teaching, research, outreach and public service.”

Gov. Walker’s budget draft, as presented to the legislature for consideration, included a redraft of the wording of the Wisconsin Idea. Such phrases as the goal to “extend knowledge and its application beyond the boundaries of its campuses” and “inherent in this broad mission are methods of instruction, research, extended training and public service designed to educate people and improve the human condition,” were cut. Another cut is the final sentence of the Wisconsin Idea, which reads, “Basic to every purpose of the system is the search for truth.”

A sentence was added to the Wisconsin Idea in the governor’s budget, however. Following the opening phrase “The mission of the system is to develop human resources,” this new wording is added: “to meet the state’s workforce needs…” It may be a cynical analysis, but it does seem like the changes are intended to move the university system from being a beacon of knowledge and community service and transform it into a glorified technical college.

Following severe backlash about this redrafting of a venerable, beloved, and respected mission statement that is written into the state statutes, on February 4th, Gov. Walker tweeted that the final version of the budget would restore the Wisconsin Idea. He called the change a “drafting error” made during the back-and-forth process of developing the new budget.

An article in the Journal Sentinel demonstrates that there was no “drafting error” and that in fact there had been dialogue back and forth between the governor’s office and the university system in which the university was told that the changes were not open for debate.

The initial implementation of the Wisconsin Idea came in the form of the university system engaging with the state government to develop and implement policies. An article posted by the Wisconsin Historical Society that describes the Wisconsin Idea on a statewide level included the belief that “efficient government required control of institutions by the voters rather than special interests,” and so bringing in academics from the public university with expertise in economics, law and social sciences would be beneficial.

On an educational level, this led to the university’s establishing extension programs throughout Wisconsin that helped the state “move beyond its single-grain farming and establish itself as a national leader in dairy and other agricultural industries.” On a legislative level, the partnership with the government led to the creation of a model workers’ compensation law, establishing the state income tax, limiting work hours for women and children, and forest and waterpower conservation acts.

Even one of the most conservative columnists for the Milwaukee Journal Sentinel, Christian Schneider, has called the revision of the Wisconsin Idea a bad idea. We can only hope that Gov. Walker will live up to his promise to keep the wording of the university’s mission intact. The revision, put alongside the proposed $300 million cut to the university’s budget over the next two years and the continued push to defund public schools and promote charter schools, suggests a distaste for public education, to say the least. Viewing the Wisconsin Idea as a child of the Progressive movement (even though that, too, was originally a faction of the Republican Party), one could also see this revision of the mission as an attempt to sever any remaining connection between what could be perceived as a liberal-leaning university system and the government, instead making college education the servant of business.

Therein lies the lesson for nonprofit organizations that are heavily reliant upon government support and contracts. Depending on the beliefs of the people leading the government, policies could be enacted with an impact on any nonprofit’s mission and reason for doing business. Since the budget was first introduced, the university system has done a good job lobbying legislators and informing the general public, which led to the governor’s retraction of the revision. The op-ed by Asst. Prof. Evans in the Times is an example, reaching out to inform readers beyond the borders of Wisconsin. That’s another lesson for nonprofits—about the importance of advocacy and being able to respond quickly and powerfully when a challenge arises.—Rob Meiksins