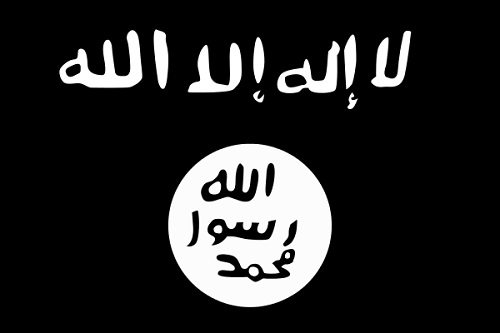 Late last fall, 19-year-old Aqsa Mahmood from Glasgow, Scotland joined the more than 60 other British women who have become part of the female sharia militant police force of the Islamic State of Iraq and al-Sham (ISIS). Controlled out of its epicenter in Syria, the jihadist group has inspired international ire after creating and releasing videos showing the beheadings of the two American journalists, Jim Foley and Steven Sotloff.

Mahmood has captured the attention of the media as an educated woman who willingly left home last November only to reemerge four days later on the Syrian border. She called her parents in Scotland only to say, “I will see you on the Day of Judgment.” Months later, Mahmood would marry an ISIS militant, become a “jihadi bride,” and take on the mission as her own.

As jarring and confusing as it is when Westerns join such Islamic militant movements, unfortunately Mahmood’s case is neither singular nor unique. There have been several similar cases of young British women turning to the lure of the ISIS and also enticing fellow women to join the militia.

Mahmood has since become one of the 20 other young British “jihadi brides” Melanie Smith, a research associate at King’s College International Centre for the Study of Radicalization in London, is tracking through the women’s social media activity. According to the International Centre for the Study of Radicalization (ISCR), around 60 British women have joined the militant police force that enforces the strict sharia code and punishes those who disobey.

“The British women are some of the most zealous in imposing the IS (Islamic State) laws in the region,” said Smith. “I believe that’s why at least four of them have been chosen to join the women police force.”

Mahmood’s parents released a statement last Thursday condemning their daughter’s actions and also discussed in part how there was no “smoking gun” to explain how their “quiet and inquisitive daughter” could have become radicalized.

Kalsoom Bashir, co-director of Inspire, a British Muslim education nonprofit organization, has been trying to help address the inequalities and discrimination that British Muslims experience. Among the numerous services the nonprofit offers, they provide support for women through leadership training as well as helping women create communities to educate and inform each other. Bashir says that British Muslim women who feel marginalized and lost would particularly be attracted to the sense of belonging and status espoused by ISIS, who want to create an Islamic state.

“When they still feel as part of the other, and they have religious ideologies telling them that this a way to have purpose and duty, that provides a breeding ground for the next step,” said Bashir.

As noted by Smith’s research, social media has been instrumental in both spreading the word about ISIS, as seen following the release of beheading videos, as well as fascinating prospective members like Mahmood. Sally Jones, a mother of two and Muslim convert, left her home in England and joined the movement after she met an ISIS militant online and married him. Mahmood had also been actively using Twitter to talk about her experiences in ISIS as well trying to recruit other women before her account was suspended. Her Tumblr is still active and regularly updated.

This past Monday, an ISIS-affiliated group began issuing ominous tweet threats calling for the assassination of Twitter employees in San Francisco. The account has since been suspended. These online interactions have allowed the ISIS to create a sense of community many women may have felt was lacking, despite the efforts of organizations like Inspire. Through using social media as a vehicle to generate fear, they are piquing the interest of an isolated and interested subsector of individuals like Mahmood and inviting them into their radicalized world.—Shafaq Hasan