ISIS’s Use of 46,000 Twitter Accounts—and Efforts to Rein Them In 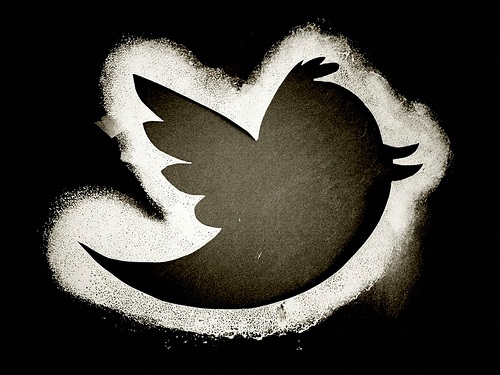 Needless to say, Twitter is the backbone of many nonprofits’ social media strategies. This writer lives there, generally eschewing Facebook and LinkedIn and failing to figure how to best use Tumblr. Twitter seems to be the favorite social media platform for the Islamic State as well. A new report from the Brookings Institution details how ISIS uses Twitter—and it is impressive and scary.

Buzzfeed refers to a Brookings report by J.M. Berger and Jonathon Morgan that suggests that the number of Twitter accounts used by ISIS supporters ranges from 46,000 to as many as 90,000. Based on the accounts that allow for location tracking, the top 10 countries where ISIS supporters’ Twitter accounts are located rank as follows: Saudi Arabia, Syria, Iraq, the United States, Egypt, Kuwait, Turkey, the Palestinian territories, Lebanon, and the UK. The ISIS supporters’ accounts average around 1,000 followers, and 1,500 accounts have more than 5,000 followers. And they are active tweeters, averaging 15 tweets a day, though that might be attributable to a small number of hyperactive tweeters.

How often does Twitter suspend or cancel the account of someone supporting the Islamic State? The Buzzfeed author suggests that Twitter faces an “ethical question of whether to suspend political speech” and “whether the suspensions can work to actually radicalize an ostracized community more quickly.” The article indicates that Twitter suspended at last 1,000 ISIS accounts between September and December 2014.

There is also probably intelligence value to keeping the ISIS Twitter accounts active. Not only can intelligence services monitor what the ISIS people are saying to each other—and to potential recruits—on social media, but according to an article in Forbes, researchers have largely figured out how to “geotag” Twitter user locations even if they don’t identify their locations. Their report indicated that they were “able to infer location for 971,731 test users with a median error of 6.38km and a mean error of 289.00km.”

ISIS fans are not the only Twitter users whose content carries the implication or threat of violence. Recently, Jonathan Hutson, the spokesperson for the Brady Campaign and Center to Prevent Gun Violence, tweeted an article about the deadly attacks in Copenhagen at a free-speech event and at a synagogue. He got responses from one young man with anti-Semitic and Holocaust-denying content. Hutson researched him, at first thinking he was a “garden-variety troll,” but eventually discovered threats the man made to kill a rabbi and execute elementary school kids. Not long afterwards, the young man from Kalispell, Montana, was in FBI custody. According to Hutson, ”Sometimes the best way to stop a bad guy with a gun is a good guy with a Twitter account.”

As the Brookings report, the Forbes article, and the Hutson incident show, a Twitter account is neither anonymous nor secret. Whether an international terrorist or a domestic one, through Twitter, sooner or later you might find yourself found.—Rick Cohen