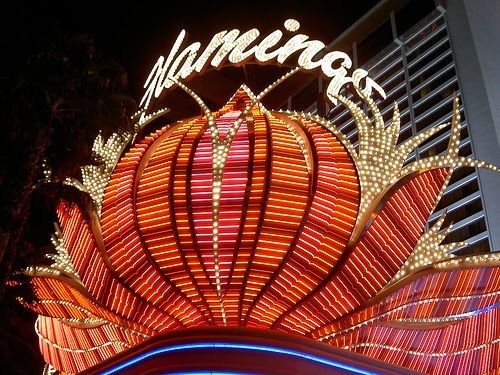 Do you think that Bugsy Siegel and the other New York mobsters who made Las Vegas into the casino powerhouse it is today ever imagined that their brainchild would become some people’s economic model of urban survival? How many states and cities have plans for allowing or expanding casino gambling as the quid pro quo for attracting new revenues and jobs?

Shortly, New Yorkers are going to the polls to vote on increasing New York State’s openness to casinos. The state currently has only five Indian-run casinos and nine “racinos” (race tracks with video lottery terminals). The plan would be to open as many as seven full-fledged casinos beyond those at the reservations and racetracks. If the vote goes in favor of the casinos, new ones could open in the Catskills, the Lake George area, or the Southern Tier, but casinos in New York City and Long Island would be prohibited for another seven years. Governor Cuomo is apparently in favor of the casino bill, promising that the money will go to education aid and reduced property taxes.

When casino investment is, so to speak, in the cards, lobbyists and campaign contributions aren’t far behind. The Daily News describes the free-for-all in New York as the lobbyists’ full employment program. The New York Times has a detailed account about political donations from gambling interests. A recent report suggests $3.2 million in donations from gambling interests has flowed to politicians of both parties, including over $361,000 to Governor Cuomo’s campaign coffers.

NPQ’s interest in gambling is in watching how the casino investors use charitable and philanthropic donations to generate public support for their plans.  In Bethlehem, Pennsylvania, one of the areas that will find itself with new casino competition if New York’s plans go through, the Sands, which has been redeveloping the old Bethlehem steel plant, is hoping to get more state support for expansion. At a recent Pennsylvania Gaming Control Board hearing, Bethlehem Sands president Robert DeSalvio advocated increasing the number of table games it offered at its casino. Part of his pitch was to tout its charitable contributions in the area, trotting out a dean from Northampton Community College, who lauded Sands for its support of the Lehigh Valley Food & Wine Festival, and the executive director of the Lehigh Valley Hispanic Center, who applauded the Casino’s financial and volunteer assistance for its two South Side facilities. DeSalvio said that Sands has made $528,000 in charitable donations in the last year, presumably for the purposes of the hearing, to local entities.

Gambling plans in other states also come with charitable kickers. In California, Governor Jerry Brown has been more open to casino gambling than his predecessor, Arnold Schwarzenegger. The big issue at the moment is a planned referendum that would overturn the California legislature’s approval of an Indian casino in Madera County at a location 35 miles from where the tribe is located. For his upcoming reelection effort, Brown has received $300,000 in campaign donations from the tribes which, according to the Sacramento Bee, “have poured $125,000 this year into charitable causes at his behest.” In Massachusetts, which recently expanded casino gambling, the issue of approving or rejecting specific casino development proposals is now in the hands of local voters. Part and parcel of their pitches have been “charitable donations, hand-delivering oversized checks with lots of zeros.”

The casino gambling industry uses the promise of jobs, tax revenues, and charitable donations to lure political and voter support. As he developed and ran the iconic Flamingo, Bugsy Siegel himself also disbursed charitable gifts, particularly to the Damon Runyon Cancer Fund. One wonders whether nonprofits see themselves as benefitting from casino philanthropy in a manner that outweighs the problems of gambling and crime that tend to be associated with casino facilities.—Rick Cohen