Journalists and Community Work Together to Retrieve Documents in Ukraine 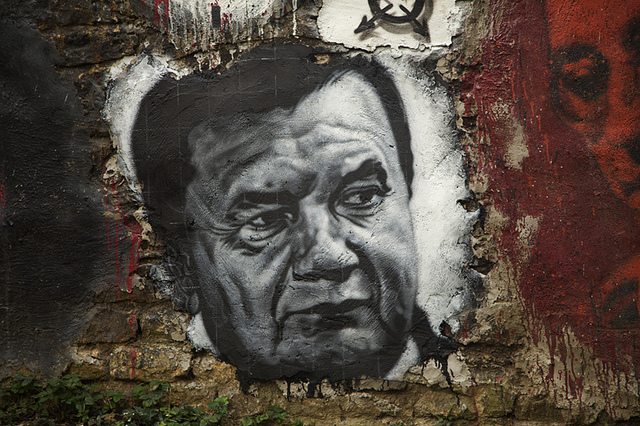 When former Iraqi President Saddam Hussein was removed from office in 2002, the world was able to view the vast opulence that became commonplace for the former dictator and his family. Fast-forward to the recent removal of Ukraine’s former president, Viktor Yanukovych, and again the world was able to witness the gross wealth that the deposed leader had accumulated through his elected position. As Yanukovych fled, plastic folders were spotted floating in a reservoir near his estate. Professional divers brought up containers packed with stacks of waterlogged documents and boxes of ammunition from the lake’s bottom.

As the community moved through the palatial estate, they found piles upon piles of shredded documents that the leader left behind. They began to join forces with a team of reporters to rebuild the documents and get a better understanding of the information that the leader was so determined to hide.

In an article by the American Journalism Review, Sherry Ricchiardi documents the work of this emerging collaboration, stating “ordinary citizens work side by side with journalists, piecing together piles of shredded document…office workers skip lunch to glue tiny slivers of paper on colored sheets that are scanned and numbered. Students drop in after classes to help. Parents bring their kids on weekends to sort through piles of confetti found in trash bags…up to 50 volunteers a day, working in shifts, have stepped forward to help Ukraine’s media make history.”

While they rummaged through the materials, they were looking to find not only material relating to former President Yanukovych, but also to Serhiy Kurchenko, a young energy tycoon believed to have colluded with the president illegally to benefit each other’s interests. According to news reports, the interior ministry has launched 13 criminal investigations for the alleged theft of over $1 billion from the state by oil and gas companies linked to Kurchenko.

As the team sorted through the materials, they quickly realized that the documents were to become a goldmine of revelations. Drew Sullivan, who is the editor of the Organized Crime and Corruption Reporting Project, a consortium of investigative reporting centers in Eastern/Central Europe, stated about the find that “these shreds of paper will eventually give the reporters a document. Each document is like a piece of the larger picture of what is happening at the nexus of government, business and crime.”

As the materials are being recreated, they are being uploaded to a website, aptly titled Yanukovych Leaks, which has more than 9,500 documents. One example of what has been learned centers around the president’s outrageous spending habits. The Kiev Post wrote an article that showed that $52 million was spent on a set of chandeliers; a set of silverware cost $90,000 and one month’s gardening bill ran around $280,000.

As the project continues, the information is anticipated to yield more—hopefully more than just the spending habits of the former leader. – John Brothers