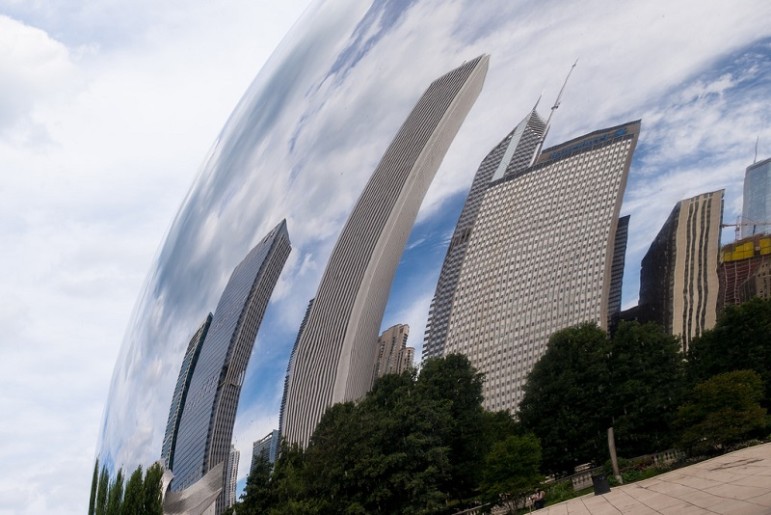 NPQ has been documenting the fallout in Chicago since allegations began churning that the city and police department misrepresented evidence in the shooting of a young black man. Since then, we have seen a major police department official step down and even more calls for the resignation of Chicago Mayor Rahm Emanuel and the county state’s attorney, who took a year to file charges against police officers. Now, years after the shooting of another black man during a traffic stop, new evidence is coming out that an attorney for the city intentionally withheld evidence that could have changed the outcome for the officers in that case.

Four years ago, Officer Raoul Mosqueda shot and killed Darius Pinex during a traffic stop because of what he said was a confrontation with the driver. For four years, he has said the dispatch told him and his partner that Pinex potentially had a gun in the car. For years, no evidence to corroborate or disprove Mosqueda’s testimony seemed to exist. However, this past February, as the officers were on trial, a Chicago city attorney, Jordan Marsh, came forward to say he was in possession of the recording of the dispatch from the night of the shooting. Of course, at this point, it was too late for Pinex family attorneys to change their case. The officers were acquitted of any wrongdoing in the shooting.

Upon listening to the dispatch, it becomes clear why the evidence was withheld. The recording indicates the dispatcher never told Mosqueda or his partner there was a gun inside Pinex’s car. The license plate the dispatch gave to the officers also did not match Pinex’s car.

“After hiding that information, despite there being numerous times when the circumstances dictated he say something about it,” wrote U.S. District Judge Edmond Chang, “Marsh said nothing and even made misleading statements to the Court when the issue arose.”

In the same decision, he also reversed the federal jury’s decision acquitting the officers and called on the Pinex family to bring a new case to trial.

Marsh has since resigned, but the damage has been done and it doesn’t seem like Mayor Emanuel will be getting out of the hot seat anytime soon. The contradictions between the officers’ reports and the recording are eerily similar to the revelations from 17-year-old Laquan McDonald’s shooting video, which showed that officers’ statements differed rather significantly from what had actually happened. City officials and the police department fought for a year to prevent McDonald’s video from being publically released.

Chicago officials are arguing, however, that there is no need for alarm and these incidents are isolated. “To say this is a practice, a systemic abuse or part of a cover up, there’s just no evidence of that,” said Corporation Counsel Stephen Patton, Chicago’s lead attorney handling the city’s civil lawsuits. “There’s nothing in the ruling to support it.”

But the Pinex family’s attorney, Steve Greenberg, had a different interpretation of the events. This case is the second in which the city’s law department had mismanaged a police misconduct case. “There’s just a total disregard for the truth, and it runs to the highest levels,” said Greenberg. “There is a culture to cover up and win at all costs.”

Marsh resigned after the decision on Monday, but it likely won’t do much to rehabilitate the city’s image and public trust. In fact, it seems like it only further supports the allegations that there is widespread collusion among city officials, from the police department, to the state’s attorney’s office, and then to the mayor’s office as well.—Shafaq Hasan