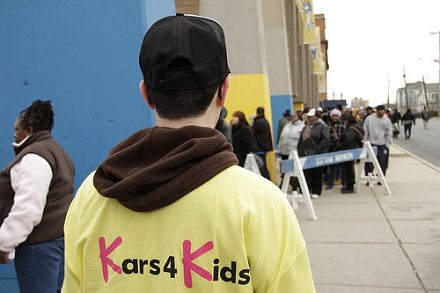 Correction: The Nonprofit Quarterly sincerely regrets the following errors that were made in the newswire of April 24, 2012, titled “Kars4Kids Group’s Tax-exempt Claim Draws Scrutiny”.

(1) We stated, based on an article in the Wall Street Journal, that the property owner, Oorah, Inc. wanted to no longer pay $306,000 in county, township, and school taxes. Oorah contends that it has never paid $306,000 but that was how much the new assessment of the properties would be if the properties were not granted a tax exemption. We could find no documentation for a cumulative property tax payment of $306,000. The Wall Street Journal article was not clear whether the $306,000 figure represented a payment, a bill owed, or a potential property tax bill if the requested Oorah tax exemption were not granted. If the $306,000 figure refers to a potential new tax bill rather than a past payment, the Nonprofit Quarterly apologizes.

(3) We mentioned the arrest of one Eliyahu Weinstein who had been charged with running a Ponzi scheme that an article in the Asbury Park Press linked to a check payment to one of Weinstein’s aggrieved investors from Kars4Kids, one of the programs of a nonprofit affiliated with Oorah. It was alleged that Weinstein had laundered money through Oorah and other charities. Although we wrote that Weinstein had run an alleged Ponzi scheme in which Oorah was allegedly involved, when we described what Weinstein was charged with, we should have written, “allegedly Weinstein laundered” rather than “supposedly Weinstein laundered.” We should have written the following sentence to read: “How did the alleged laundering occur?” Similarly, in the last paragraph of the Newswire, we should have added “allegedly” to the question about Oorah’s relationship with Weinstein. Nonprofit Quarterly sincerely regrets these errors.

A tax-exempt property owner’s local property tax exemption isn’t just due to the nonprofit status of the owner. The property must be used for a charitable purpose.  Located in the Catskill Mountains, Jefferson Township, N.Y. is trying to figure out whether to agree to the request of an organization called Oorah, Inc. that it should no longer be paying $306,000 in county, township, and school taxes on two camps it owns. Oorah is an Orthodox Jewish nonprofit providing educational and other services, including camp services. A youth camp and religious educational charity? Not much to debate here regarding the tax exemption, right?  On closer look, there is more complexity here than one might guess.

Oorah used to pay taxes on the camps because they were owned by Oorah Resorts LLC, a for-profit subsidiary of the parent nonprofit. During recent negotiations with Jefferson Township for a $10 million industrial development bond to finance camp improvements, Oorah made it clear that the ownership of the camps had been transferred to the parent charity (for $1), which was only willing to make a much smaller tax contribution of $41,000 per year. Why were the camps for-profit until a $1 transfer of ownership to the parent nonprofit?

Most of Oorah’s income comes from the Kars4Kids car-donation program. You may have heard their ads, but you probably never guessed that it was a program to raise money for a religious organization. The program would appear to be doing well, judging by the upswing in Oorah’s income with gifts, grants, and contributions increasing from $9.25 million in 2006 to $20.19 million in 2010. Of Oorah’s total $22.4 million in revenues, $19.5 million came from Kars4Kids.

In 2010, through Kars4Kids, Oorah allegedly was caught up in an alleged Ponzi scheme run by a Lakewood NJ real estate developer, one Eliyahu Weinstein. Supposedly, Weinstein laundered $140 million to and through a large number of Jewish charities including Kars4Kids. How did the laundering occur?  One investor represented by lawyer Ari Weisbrot who was “bugging” Weinstein for his money says that he suddenly received a wire transfer from Kars4Kids for $320,000.  How was Weinstein able to direct a charity over which he had no ostensible control to send a six-figure sum to one of his business clients? A lawyer for JOY for Our Youth offered this statement:  “JOY For Our Youth gave a mortgage to a third party as part of a favorable and legitimate opportunity meant to enhance its endowment,” he said. “Unbeknownst to JOY, the borrower used those proceeds in connection with a transaction with Mr. Weinstein that had no relation to JOY or to the original investment.”  The Wall Street Journal said that the transfer came from Oorah rather than JOY/Kars4Kids.

If you were the tax assessor for Jefferson Township, you might not take everything about Oorah’s tax-exempt camps at face value. Their no-cost transfer from a for-profit subsidiary to a nonprofit parent merits questions about what was going on. The relationship between Oorah and Kars4Kids and an indicted Ponzi schemer would also warrant questions. And given past issues with state charity oversight officials resulting in something of a no-fault settlement between Oorah and the states plus a 2010 New York State investigation into crooked car donation programs, questions about the operations of Kars4Kids would also be legitimate. Just because an entity claims that it is a tax-exempt property owner using a property for charitable purposes doesn’t mean a local government shouldn’t check out the entity’s charitable bona fides.