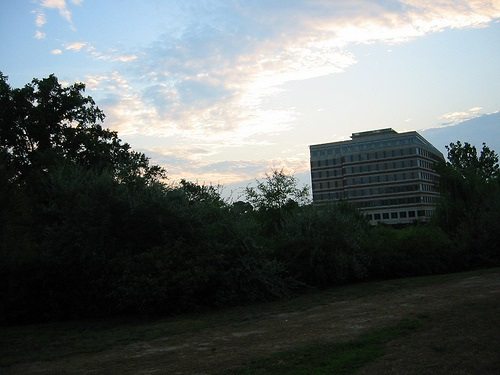 If you’re concerned about the progress of young people in the nonprofit world, you must be wary of anything connected to Sallie Mae, the longtime education loan servicer. Its reputation tarnished by years of controversies and scandals, this year Sallie Mae split into two entities, a firm called Navient, which is basically the old Sallie Mae servicing government issued loans for college students, and the new Sallie Mae, which says it wants to be a financial services firm serving college students and their families, offering loans, credit cards, and insurance products.

Sallie Mae has long been the subject of numerous investigations for its less than salutary practices. The latest was last month when the Justice Department fined Sallie Mae and the new Navient $97 million for having inappropriately charged active-duty members of the military high interest rates and late fees on their loans in violation of the Servicemembers Civil Relief Act. For the last decade or so, Sallie Mae has been reviewed, critiqued, investigated, and fined for alleged deceptive lending practices, discrimination against black and Latino loan applicants, maintaining inadequate reserves, and questionable debt collection practices.

On the heels of the settlement agreement with Justice regarding overcharging members of the military, Navient is somehow one of four bidders shortlisted by Arne Duncan’s Department of Education for a contract worth close to $900 million. The contract would enable the firm, if selected, to originate and disburse loans and grants in furtherance of Education’s “Funding America’s Future, One Student at a Time” mission. With dogged journalism, Shahien Nasipour of the Huffington Post has been on the Navient trail and broke the story about the potential Navient contract.

Is no one paying attention at Education or the White House? How could a firm like Sallie Mae/Navient, investigated over and over again, charged and convicted of overcharging active-duty military just last month, still be on the shortlist for a major federal contract? Is the nation that hard up to find competent student loan servicers?

Maybe no one is paying attention. Look at President Obama’s FY2015 budget. As young nonprofit workers know very well, the Public Service Loan Forgiveness program, started in 2007, would forgive the remaining federal student loan indebtedness of borrowers if they worked for public agencies or 501(c)(3) nonprofits and made payments for ten years, even if only nominal payments. The president’s budget proposal, however, would cap the maximum amount of indebtedness that could be forgiven to $57,500. While the president’s budget proposals on most items have generated little traction in Congress, assume this one were to be enacted. Maybe existing student loan borrowers would be grandfathered with the no-cap PSLF structure and it would only apply to new borrowers, but the beneficiary of a cap is not the borrower, but the lender and servicer, that is, potentially hard-pressed, multiply-fined Sallie/Navient.

Sallie Mae’s CEO, John Remondi, won’t have trouble paying back his student loans, if any. His reported total compensation just from Sallie Mae/Navient in 2013, excluding compensation from his service on other corporate boards, etc.? $5,462,776.—Rick Cohen