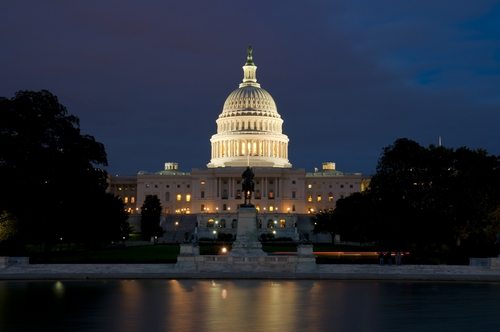 Ah, remember the good old days of the nonprofit sector anxiously monitoring the prospects of a government shutdown due to the inability of congressional Republicans and Democrats to reach a budget deal? They would go to the wire without a budget, but simply enact a “continuing resolution” meant to keep the government operating for a period of time until the next continuing resolution would be needed. We would all watch to see which programs got raises and which got cut in the back room, down-to-the-wire dealing. Nerve-wracking, to be sure!

Not this time. The new federal fiscal year starts on October 1st, but congressional negotiators seem more interested in getting back to the campaign hustle rather than digging deeply into the minutia of appropriations. The draft continuing resolution published this week by the House Committee on Rules basically takes the existing $1.043 trillion budget and increases it to $1.047 trillion. The increase for most appropriations accounts is a formulaic 0.612 percent. It seems that our nation’s lawmakers want to get out of town fast!

A few programs get slightly more money—for instance, $800 million for federal wild land and forest fire fighting, $145 million to cover a backlog of veterans’ benefits applications, $282 million for cybersecurity software for government computers, and some smaller amounts for the Small Business Administration, aid for refugee children, and nuclear weapons modernization.

By taking the general formula approach, Congress sidesteps longstanding issues such as disaster aid for farmers hit by the nation’s worst drought since the Dustbowl. It probably also leaves in abeyance decisions that have to be made about funding parts of the Affordable Care Act that will not be addressed by a .6 percent across-the-board increase over last year’s operating budget.

This unexciting denouement to the annual government shutdown dance will be revisited in March when this continuing resolution basically expires. At that point, nonprofits will be able to monitor an entirely new debate when congressional Republicans and congressional Democrats and a president of one party or the other get to debate budget specifics again, this time with the backdrop of mandatory sequestration cuts to boot. For example, assume, hypothetically, that the post-election environment doesn’t change from the current mix of Democrats controlling the Senate and the White House but Republicans in charge of the House of Representatives. Imagine what Republicans in the House might do to the president’s health insurance reform package by threatening a government shutdown.

This “kick the can down the road” strategy on the budget will be matched by other legislative initiatives this week that are unlikely to move. Those legislative stabs include the House Republicans’ “No More Solyndras” bill and the Senate Democrats’ $1 billion veterans’ jobs initiative, neither likely to go anywhere except into campaign ads. Other bills stuck in the pre-election swamp include reauthorization of the Violence Against Women Act, a plan for restructuring the U.S. Postal Service (which is losing $25 million a day and about to default on a payment to its pension fund), and a mortgage relief bill proposed by Senate Democrats.

In a way, this is Congress continuing to shirk its duty, unable to deal with basic legislative functions, unable to pass a real budget, unable to enact any of the 12 appropriations bills, and earning its sobriquet as possibly the worst Congress in modern American history—and certainly the most unpopular. No wonder they want to get out of town fast.—Rick Cohen