Kissing as Politics in India 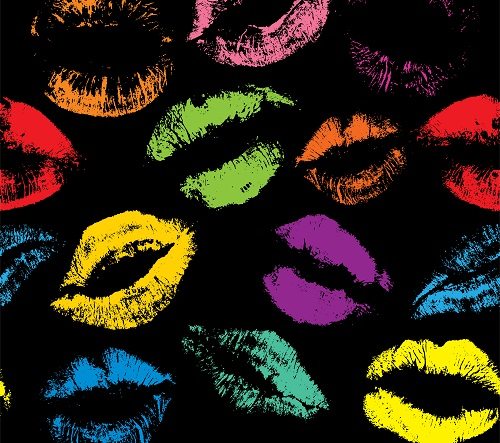 “What harm is there in a kiss?” asked Lord Illingworth in Oscar Wilde’s A Woman of No Importance. “A kiss may ruin a human life,” responded Lady Arbuthnot.

Kissing can also be used as a political weapon, as was seen in the Indian city of Kochi, Kerala, when a mass public “kiss in” was attempted against official city orders. The Kiss of Love was organized mainly via Facebook. It was a response to an attack on a restaurant by members of the youth wing of the Indian national government’s ruling BJP party. These young, right-of-center Hindu nationalists took exception to a television report showing images of a couple smooching in a place meant for eating.

Bharatiya Janata Yuva Morcha (BJYM) is one of the largest youth political organizations of India. According to its website, BJYM provides the platform to young talented youth to serve the Nation, to flourish our Indian values, culture and to evolve our democracy. Naturally concepts of values and culture may differ in an evolving democracy, especially among the young.

“Our society is in transition. Youngsters think differently, and their perceptions might not be conventional,” said filmmaker Rahul Pashupalan, one of the organizers of the Facebook campaign.

The organizers of Kiss of Love say that they are asking not just for the right to kiss in public places, but for greater tolerance towards public displays of affection between two individuals.

On her Facebook wall, one young person, 22-year-old Devika Premlal burst forth:

“I might or might not kiss the person I love. I might do several other things too… It is my life, my body, my call and my conviction. Unless you are my father or mother, you don’t have to be worried about me and the things I do. Or unless we are doing that in your living room or on your lap, you can ask your soaring blood pressure to take a break.”

Pashapulan says organizers are hoping “to open up spaces in the rigid Kerala society to make it tolerant towards expression of love in public spaces.” They are urging “parents, brothers and sisters, couples, and everybody to come out along with your loved ones and join us and express your love in public places.”

Although the organizers applied, the City did not give permission for the event. Police chief K. G. James said that the event could lead to “law and order issues.”

As it turns out, the police were right. According to Farmis Hashim, an engineer who was another of the organizers:

“About 30 or 40 of us gathered at our meeting spot with our placards. The police had warned us that there would be a big crowd, and that we wouldn’t be able to reach the spot where we wanted to hold our rally. Indeed, there were thousands of people there, more than we could have ever expected. A few hundred were our supporters, and about half had come just for the show, but there were also lots…from right-wing groups and extremist religious organizations. […] Many people were holding sticks, iron rods, and stones. We were shocked—they were ready to kill!”

“Fortunately, the police arrested us very quickly,” he added. “They said they wanted to protect us, which was nice, but they should never have let all these armed people gather in the first place.”

In a different state, in the city of Hyderabad, another Kiss of Love protest was staged in sympathy at a university. Around 100 students gathered at the university shopping complex to participate in the protest, but outsider activist groups arrived to disrupt the protest. The situation became tense, with both groups shouting slogans against each other until police reached the spot and pacified both groups to leave the place.

The wider issue behind the protests is discussed in an article in Live Mint. It’s attributed to what’s popularly known as “moral policing,” a tendency by sections of the community to aggressively disapprove of what they regard as immoral behavior. Live Mint describes it as “the phenomenon of self-righteous goons who enjoy political patronage and therefore feel entitled and emboldened to bully individuals and couples on how they comport themselves in public.”

“Its rise and virulent growth enjoys a rough parallel with the advent of economic liberalization and the spread of satellite television. There were no instances of moral policing in the 1970s—not because students did not indulge in public display of affection back then, but because the socio-economic and political climate was different, and there were no news channels to amplify the lunacy of fringe elements.”

The article also points out that the television channel which aired the footage of a couple kissing was one funded by the former ruling Indian political party, Congress.—John Godfrey