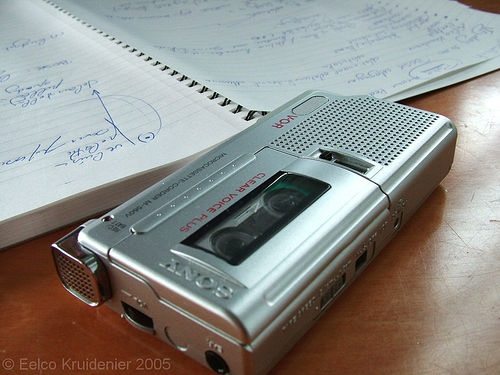 Harvard’s Neiman Journalism Lab reports that the Knight Foundation has launched a new $1 million fund to support innovation in nonprofit and public media organizations. The new INNovation Fund is a collaboration between Knight and the Investigative News Network, designed to grant small amounts of money to help media organizations try out new ideas in business, technology, or operations.

“You could think of it as a sort of long-term tough love. Lots of nonprofit news organizations were started with seed money from the Knight Foundation. Now, Knight wants to help them get a step closer to operating under their own power. And to get there, Knight’s willing to help them out with a little more money first,” wrote Justin Ellis on Neiman’s website.

The $1 million will fund some 30 projects over the next two years, with most grants in the $25,000 to $35,000 range. They are available to any online news nonprofit or public media organization in the US; INN will oversee the program and choose the winners.

Neiman points out that investing in journalism innovation is not new for Knight, which has helped countless media organizations and websites, including Neiman itself. This program is geared toward helping nonprofit news outlets with long-term sustainability, in particular to help established organizations diversify their revenue streams, develop new technology, and find new ways to reach out to audiences.

The article said that Knight has been refining its approach to funding journalism, including recent versions of the Knight News Challenge and the creation of the Knight Prototype Fund. The INNovation Fund is part of Knight’s Local Media Initiative, which has $5 million earmarked for sustainability in the local news sector. The $1 million in grants comes out of that $5 million pot.

Knight is also putting another $3.5 million into 25 local news outlets who have “demonstrated potential for growth, operating for at least three years.” Knight has not yet announced the recipients.

The Neiman article talked about Knight’s report card—released last fall—on nonprofit news, which found that local, state, and topic-based outlets are thriving, but that uncertain growth remains a challenge, as news sites lessen their reliance on foundation funding, but still lack the business and technical savvy to continue to grow.

Knight, says the article, acknowledges the fact that for most nonprofit news organizations, the problem isn’t the journalism, but the business, because so many of them were created by journalists with limited business expertise. Its research showed that a key to survival in nonprofit news is to diversify revenue streams to include things like memberships, events and sponsorships.

The small grants program was designed to help non-profit news companies experiment with ideas they might not otherwise have the money or resources to do, with the realization that some of them will ultimately not succeed. INN will receive $500,000 to help nonprofit news outlets with technical assistance, legal consultations, and business training.—Larry Kaplan