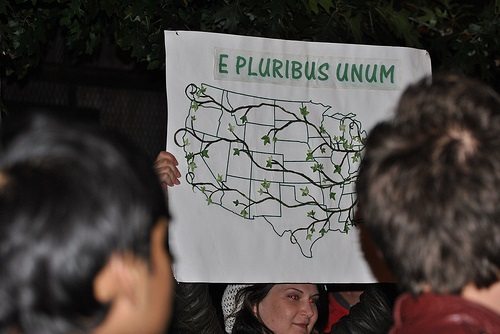 One need not be obsessed with the Koch brothers to recognize the remarkable financial reach of their political connections all around the nation. Writing for the New York Times, John Eligon details how nonprofits—501(c)(4) social welfare organizations, that is—associated with the Koch brothers have expanded their area of interest to include local government races. In the small town of Coralville, Iowa, Americans for Prosperity, a group founded by the Koch brothers, has launched an aggressive field operation targeting Coralville’s municipal debt—and the candidates for mayor and city council it believes are responsible for it. According to Eligon, one of AFP’s recent leaflets read, “Coralville is fast becoming Iowa’s version of Detroit.” In other small towns, in places such as Gahanna, Ohio and Fremont, Nebraska, AFP chapters have fought against tax increases.

It is a smart strategy. The national president of Americans for Prosperity explains, “We fight local issue battles…because they result in good policy outcomes, generally promoting economic freedom via less taxes, less government spending.” He might have also said that this is a good strategy for identifying and cultivating budding politicians who, after taking on local, small-town issues, could move up to state politics and eventually to national levels carrying AFP’s pro-business, free market, anti-regulation message. A Democratic state representative from Coralville got the message about the AFP strategy: “I think right now, too, that they’re doing whatever groundwork they can for the 2014 elections—so any inroads they can make anywhere,” David Jacoby said.

Of course, AFP doesn’t reveal how much money it is spending on the Coralville mayoral and city council races, and doesn’t explicitly endorse specific candidates. The Times reports that residents of Coralville, even those who buy into AFP’s anti-debt message, are more than a little disconcerted by the presence of AFP—and its money—in Coralville politics. The Koch brothers simply dominate the news once they and their organizations are involved in local politics, whether it is Coralville or New York City. In the latter, singer and activist Harry Belafonte garnered headlines this week for comparing the Koch brothers to the Ku Klux Klan, describing them as “white supremacists,” but Belafonte made those comments while in New York City to campaign for the new mayor-elect, Bill DeBlasio. Belafonte added, after the “supremacists” remark, “They are flooding our country with money…They’ve come into to New York City. They are beginning to buy their way in to city politics. They are pouring money into Presbyterian Hospital to take over the medical care system. The Koch brothers, that’s their name. Their money is already sewn into the fabric of our daily system, and they must be stopped.” DeBlasio disavowed Belafonte’s KKK remarks, but didn’t challenge the analysis of the political influence in local elections of their money. (Though, considering the fate of DeBlasio’s mayoral opponent, Joe Lhota, it seems that Koch money doesn’t do all that well in New York City, despite decades of Republican mayors.)

Still, the situations in Coralville and other small towns must be especially disconcerting to small-towners who can’t imagine having political resources in any way comparable to AFP’s, much less, as in Coralville, large business interests like General Growth Properties, the owners of the Coral Ridge mall (among 122 others) in Coralville. General Growth is one of a number of business leaders behind another political group weighing in on the local elections, a coalition of business leaders called Citizens for Responsible Growth and Taxation, which takes pains to distinguish itself from the AFP but, like AFP, doesn’t reveal its donors.

The problem for small-towners—and for all voters, for that matter—is that money, particularly secret money from outside interests, outweighs voter voices. Whether one thinks the Koch brothers are the cat’s meow or an updated version of the KKK, the problem is that money is overwhelming people when it comes to the ballot box.—Rick Cohen