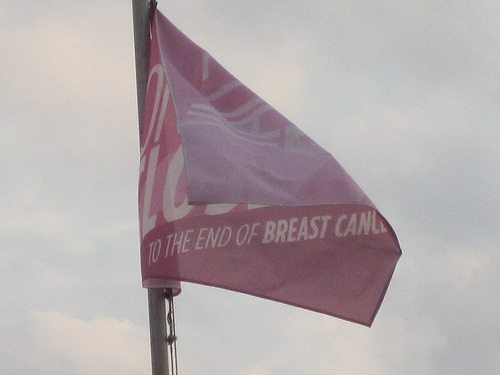 In North Carolina, the Susan G. Komen for the Cure N.C. Triad affiliate is experiencing a serious drop off in supporters. The number of runners in its annual fundraising race has plummeted 39 percent, from 7,606 at this time last year to 4,654 with less than two weeks to go, and the money it has been able to raise has dropped by 43 percent.

Natasha Gore, the president of the Triad affiliate, says she is frustrated that some potential donors don’t differentiate between the local affiliate and the national organization. She says that 75 percent of the money raised stays in the region to fund services but 25 percent does go to the national office to fund research.

Herbert Krabel, a former supporter, says he will not participate in any more races because of the way in which Komen went about its now-rescinded national-level decision to pull funding for breast cancer exams at Planned Parenthood. “It felt really that upper management was lying, really not being honest, about how the decision was being made to pull the funding,” he said. –Ruth McCambridge