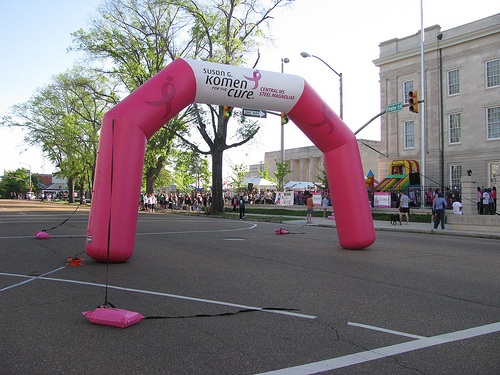 NPQ has been following the story on Susan G. Komen for the Cure since it first announced that it would defund Planned Parenthood in January of 2012. We followed the enormous constituent backlash, Komen’s eventual reversal of its decision and the subsequent fall off of at least some of its fundraising, especially at the local affiliate level. We reported that founder Nancy Brinker announced that she would step down as CEO last August while questioning whether that was actually the case. Last week, of course we reported that she was still listed on the Komen website as CEO but also that she had received an increase in salary as reported on the 990 between 2011 and 2012 of 64%. A spokeswoman for the organization wrote in to comment saying that the increase had occurred before the Planned Parenthood firestorm and that Brinker had, in fact, turned down an increase in 2012. By which, we assume that she was offered one.

But in the latest installment to this long running story, we read yesterday that Komen’s lobbying expenditures have plummeted. Susan G. Komen for the Cure spent $140,000 on lobbying in the first quarter last year, but according to OpenSecrets, its spending on lobbying for the same quarter this year fell to $10,000. OpenSecrets judges that amount a “pittance for an organization whose revenues until recently were in the vicinity of $200 million per year.”

Chanbini Portteus, a Komen VP, asserted that the reduction in lobbying activity was “not particularly having to do with budget concerns,” but she did not wish to reveal much about the current financial condition of the agency in response to queries from OpenSecrets.

The article states, “Komen’s filing for January through March 2013 listed contact with just one agency—the Department of Health and Human Services—and none at all with Congress, whereas in 2012 the group reported lobbying at five agencies plus the House and Senate. And unlike in earlier years, Komen did not list any bills it was lobbying to get through Congress in 2013.”—Ruth McCambridge