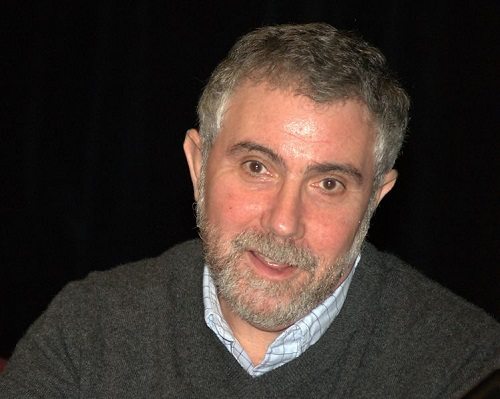 You can always count on Nobel Prize winner Paul Krugman to raise issues that many of us in nonprofits may not have fully considered or examined. Last week, in the New York Times, Krugman challenged the concept of the “skills gap,” a core concept embedded in many workforce development programs. His point was to address an article by JPMorgan chief Jamie Dimon and Marlene Seltzer, the CEO of the nonprofit Jobs for the Future. Their argument is that there are 4 million jobs unfilled that would be filled by some of the 11 million unemployed Americans were it not for the “the gulf between the skills job seekers currently have and the skills employers need.”

Krugman counters that “multiple careful studies have found no support for claims that inadequate worker skills explain high unemployment…[but] the belief that America suffers from a severe ‘skills gap’ is one of those things that everyone important knows must be true, because everyone they know says it’s true.” He says that this “zombie idea…that should have been killed by evidence…does a lot of harm.”

“Yes, workers with a lot of formal education have lower unemployment than those with less, but that’s always true, in good times and bad,” Krugman writes. “The crucial point is that unemployment remains much higher among workers at all education levels than it was before the financial crisis. The same is true across occupations: workers in every major category are doing worse than they were in 2007.”

What is Krugman’s evidence that the skills gap is a myth? He argues, “if employers are really crying out for certain skills, they should be willing to offer higher wages to attract workers with those skills.” He cites a study from the Boston Consulting Group, among many others, that concluded, “worries of a skills gap crisis are overblown.” Krugman says, for example, that the long-term unemployed are “pretty much indistinguishable in skills from laid-off workers who quickly find new jobs.” He suggests that the problem for the long-term unemployed is really “the very fact of being out of work, which makes employers unwilling even to look at their qualifications.”

By reiterating the myth of the skills gap, Krugman believes that public policy is “blaming workers for their own plight…[and] shift[ing] attention away from the spectacle of soaring profits and bonuses even as employment and wages stagnate.” This suits corporate executives, he indicates, but mischaracterizes the nature of the problem that has to be addressed if long-term unemployment is going to be attacked.

A little more than a month ago, President Obama raised something of the same issue. He announced a program to get some of the nation’s largest employers, such as Wal-Mart, General Motors, Ford, and Apple, to commit to hiring practices that would eliminate discrimination against job applicants who have been unemployed for a long time. It was oblique recognition of Krugman’s point by the president, though he has frequently cited the skills gap as a primary target for workforce development public policy.

Why is this a problem? Because in blaming workers for lacking skills, this theory lets government off the hook from what it could and should be doing, which is to create jobs to absorb the unemployed. “The skills-gap hypothesis is troubling because policymakers can use it as an excuse for government not to take the lead in job creation,” according to the authors of the Ending Hunger report. “After all, if high unemployment is due to significant skills deficits among U.S. workers, the solution must be education and training.”

When employers complain about a shortage of skilled workers, “it’s hard not to break out laughing,” says Mark Price, a labor economist at the Keystone Research Center. “If there’s a skill shortage, there has to be rises in wages. It’s basic economics.” It certainly is basic economics—unless employers want to keep wages low.

Have nonprofits bought into a counterproductive myth about the skills gap? Krugman thinks we have. “We need to kill this zombie, if we can,” he writes, “and stop making excuses for an economy that punishes workers.”—Rick Cohen