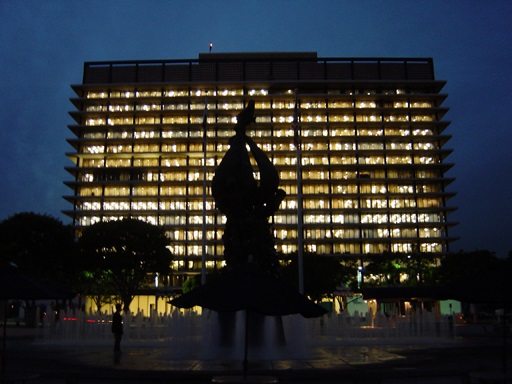 The Los Angeles Times reports that Brian D’Arcy, the head of the largest union at the Los Angeles Department of Water and Power (DWP), says he will appeal a just-finalized court order requiring him to turn over financial records for two nonprofits that have received more than $40 million from ratepayers.

The order gave Brian D’Arcy 10 days to turn the records over to city officials or risk being held in contempt of court. The nonprofits—the Joint Training Institute and the Joint Safety Institute—were created in the early 2000s following a difficult round of job cuts at the DWP, the largest municipally owned utility in the U.S. The organizations were established to improve labor-management relations and have been receiving up to $4 million a year from city ratepayers.

D’Arcy’s attorney told the Times that they would appeal the order, and that they expected to win an immediate stay, adding, “We are confident the Court of Appeal will reverse the judgment.”

If D’Arcy gets the stay, it will add months to a political and legal fight with city leaders that began last fall after a Times report showing that the DWP had sketchy records showing how the money had been spent, and could not fully account for the nonprofits’ effectiveness or mission delivery.

“Since September, neither DWP officials nor union leaders, who co-manage the nonprofits, have been able to explain to city leaders’ satisfaction what the organizations have accomplished,” wrote the Times reporter about what appeared to be a significant lack of transparency and accountability.

Mayor Eric Garcetti, City Attorney Mike Feuer and City Controller Ron Galperin all have demanded a full accounting of the groups’ spending. Federal 990 tax forms typically reveal broad summaries of an organization’s operations only, although these 990s contained such red flags as expenditures of more than $360,000 on travel and nearly $2.4 million on “other.”

In January, Galperin issued civil subpoenas demanding detailed records and an opportunity for his auditors to interview D’Arcy under oath. D’Arcy challenged the subpoenas in court and lost the first round in late March, when the judge said the city has the right to audit the nonprofits.

The dispute is set against the political backdrop of big city union politics. D’Arcy’s union opposed Garcetti in last year’s mayoral election, while D’arcy personally has been a lightning rod for critics of the power and influence of public employee unions in Los Angeles.—Larry Kaplan