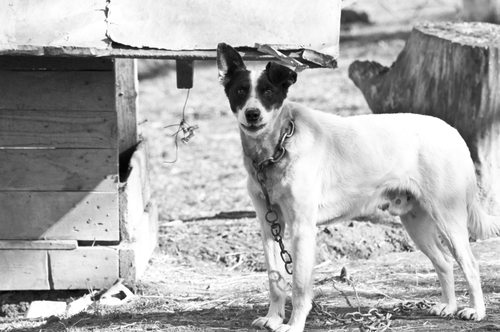 As NPQ readers know, I like a good in-your-face media strategy and I like to share them to spark readers’ thinking about how they might approach the public on their own issues. Last week, I wrote a newswire titled “Cat Lovers Deserve to Die” which was, surprisingly, part of a campaign by a lung cancer group.

The “Dogs Deserve Better” campaign is actually about the dogs – and in particular the cruel problem of chained dogs – but its surprise is in the method. The campaign, which happens annually around July 4, has involved a lot of public education but one of the central attention getters is when Tamira Thayne, a founder of the nonprofit that sponsors the event, chains herself in public to a dog house – a condition in which she has spent 729 hours in the past 10 years. Other supporters around the country wear chains and participate in other ways.—Ruth McCambridge