Lady Gaga Buys Michael Jackson Items, But Not All for Charity 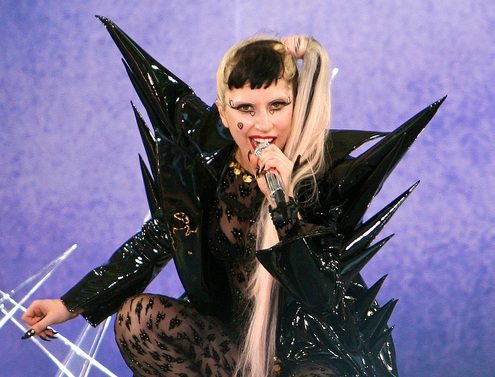 This past weekend, pop music icon Lady Gaga bought 55 items that belonged to another pop music icon, the late Michael Jackson, at an auction. The auction included big-ticket items like Jackson’s “Bad” tour jacket and one of his signature white gloves. Lady Gaga tweeted to her 31 million Twitter followers that “pieces I collected today will be archived & expertly cared for in the spirit & love of Michael Jackson, his bravery, & fans worldwide.”

Overall, the auction drew more than $5 million. An unspecified portion of that total will be donated to Guide Dogs of America, which is “dedicated to its mission to provide guide dogs and instruction in their use, free of charge, to blind and visually impaired men and women from the United States and Canada so that they may continue to pursue their goals with increased mobility and independence.” Another unspecified portion of the auction total will benefit the Nathan Adelson Hospice in Las Vegas, which provides end-of-life care in Southern Nevada.

More than a few online media outlets, including the websites of Glamour, Starpulse, and NME, got the facts wrong on this one, suggesting that the entire auction total of $5 million would benefit charities, as opposed to an as-yet undisclosed portion of that amount. This may have given the impression that sellers were motivated by more of an altruistic impulse than may have actually been the case.

So, note to Guide Dogs of America and the Nathan Adelson Hospice: if you approach Julien’s Auctions looking for $5 million from the Michael Jackson auction extravaganza, don’t be surprised if you’re told to “beat it.” –Mike Keefe-Feldman