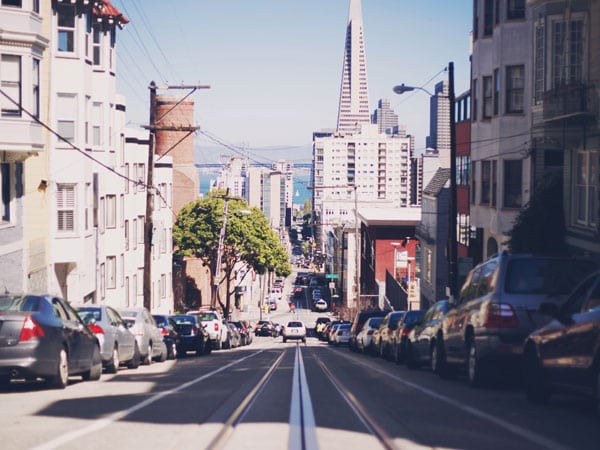 At NPQ, we have written regularly about nonprofits using community land trusts to help keep residents in neighborhoods through community ownership of land. Earlier this week, for instance, NPQ recently profiled land trusts emerging in Denver, Colorado, and Asheville, North Carolina. We also noted that “in the past 18 months, community land trusts have been launched in…Buffalo, DC, Philadelphia, New York City, Pittsburgh, Baltimore, and Reno.” But what about the San Francisco Bay Area, a region that by all accounts has had intense gentrification?

How intense? Well, there is a university-linked website that tracks displacement pressures by neighborhood. According to University of California, Berkeley researchers Miriam Zuk and Karen Chapple, as of 2013, “more than 53 percent of low-income households lived in neighborhoods at risk of or already experiencing displacement and gentrification pressures, comprising 48 percent of the Bay Area’s census tracts.” In 2013, the median price of a San Francisco city home had yet to cross the $1-million line; today, a median home costs $1.62 million (versus $260,000 nationally).

As Marisa Kendall explains in the San Jose Mercury News, the land trust “buys up residential properties, keeps ownership of the ground beneath the buildings and then rents or sells the units back to low-income residents at a discount. It’s an unusual strategy that does two things traditional government-subsidized affordable housing does not—it guarantees the property will remain affordable forever, and it gives residents the chance to build equity in their home.”

Still, while land trusts make sense, acquiring land in a hot market can be difficult and expensive. Nonetheless, Kendall observes that, “As soaring prices continue to squeeze Bay Area renters…community land trusts are becoming an increasingly attractive option,” with seven linked through an informal consortium.

“There is really a resurgent interest in this model, because we see that so many other approaches are not really measurably moving the needle in terms of the crisis,” says Steve King, executive director of the Oakland Community Land Trust. Kendall reports that the trust “received $974,150 from the city earlier this year and also pulls in funding from foundations, banks and other sources. Since 2010, the trust has purchased 20 single-family homes, two mixed-use buildings and one seven-unit live-work building.” The renewed interest shows in the nonprofit’s 990 reports. In 2013 and 2014, contributions and grants totaled less than $122,000. By contrast, in the following two years, the nonprofit received over $5.2 million in grants and contributions.

Kendall also highlights three other land trusts. In San Francisco proper, Kendall reports, “the San Francisco Community Land Trust controls 13 properties, including one across the street from the Transamerica Pyramid. Residents of that 21-unit apartment building each pay a $10,000 deposit, plus monthly mortgage payments, to own a stake in their building.”

“It’s one of the very few tools we have to provide a way to home ownership for the very low-income folks of San Francisco,” says Tyler Macmillan, the land trust’s director.

The Housing Land Trust of Sonoma County, explains Kendall, houses nearly 80 families and “is an official part of the local government’s affordable-housing strategy. When new low-income units are built, cities hand them over to the land trust, which then sells them to low-income residents at an affordable price.”

The resident impact is great. Norma Sanchez, who cleans homes, and 45-year-old Ambrocio Carrera, who works at a sandwich shop, were about to see their rent double to $2,400 a month “with no hope of affording a new place close to their jobs or their three sons’ schools,” explains Kendall. Because the owner sold the home to the land trust for $335,000, they now pay “$1,800 a month in rent to the land trust, and in a few years [will] have the option to funnel some of that money toward a down payment.” They also pay a $50 monthly lease fee to the trust.

In Sonoma County, 28-year-old Javier Prescott “was reluctantly considering moving to Oregon with his fiancé” because they couldn’t afford a home. But through the land trust, the couple bought a house in Petaluma for $323,000 and now “pay $2,197 for the mortgage—about 25 percent of their combined incomes,” plus a $90 monthly lease fee, Kendall explains.

“Oh my God, you don’t even understand how amazing it feels to be a homeowner in Sonoma County,” says Prescott.

“If they sell,” Kendall explains, “the price will be tied to the area’s median income gains,” limiting the potential equity gain. But Prescott doesn’t mind. As he explains, “Since I was kind of gifted with this awesome situation, I don’t really have any kind of issue paying it forward.”—Steve Dubb