The latest report issued by the office of New York Comptroller Tom DiNapoli indicates that state agencies were still late in approving their contracts with nonprofits more often than not.

According to the report, 3,568 of 4,630 contracts, or 77 percent, were late. While this is an improvement over 2013, when the contracts were late 87 percent of the time, DiNapoli acknowledged that the improvement was insufficient and that trend has persisted over twenty years despite an attempt at reform instituted in the 1984 and 1991 Prompt Contracting Laws. In fact, his statement said, the average proportion of contracts late each year over the last two decades has been 70 percent. 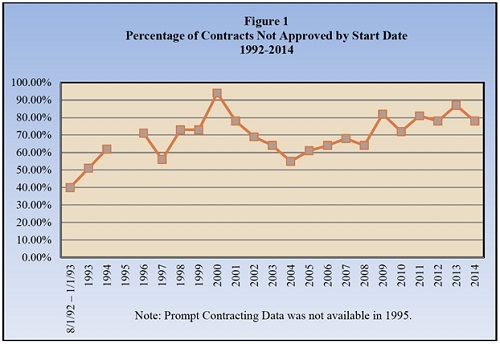 “The state needs to show much more progress in executing its contracts with its service providers,” DiNapoli said. “We can’t continue to ask NFPs to help care for our children, look after the elderly and provide so many other important services without holding up our end of the bargain “Although recent improvements provide for some optimism, state agencies must do their job and make prompt contracting a priority.”

Agencies must pay interest on contracts that are late; last year, those cost the state $195,663, with most coming from three agencies: the Department of Health ($136,076), the Office of Children and Family Services ($20,648), and the State Education Department ($23,746). But the report makes clear that the interest payments made are on a very small proportion of those cases that appear eligible for such payments. 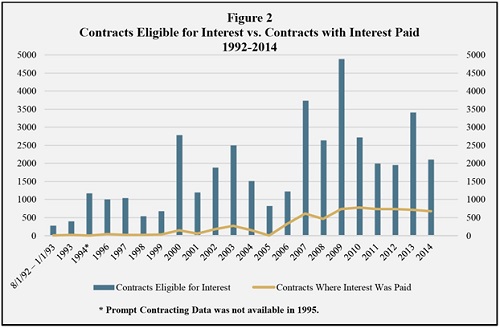 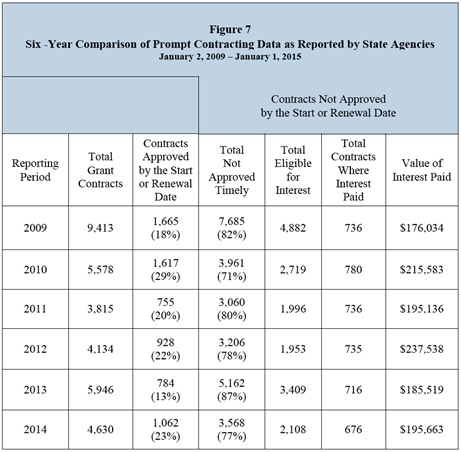 The Prompt Contracting Law requires agencies to process contracts within 150 to 180 days and requires the comptroller to issue an annual report on whether state agencies met those time frames, giving reasons for any delays and recommendations to improve timely contracting. Among DiNapoli’s new recommendations are that the system go to quarterly reports, that agencies use multiyear contracting timeframes more often to allow for earlier renewal of existing contracts. He also recommends that the agencies develop bridge funding mechanisms to address the cash flow problems the state is causing in nonprofits.

NPQ knows that late contracts and contract payments are a serious problem for many nonprofits and that some states pose problems in particular. We would love to hear from New York nonprofits about what measures they believe might work to change the behavior of state agencies. Has DiNapoli hit the mark on his recommendations?—Ruth McCambridge