Late Night at the Foundation: A Top 10 List of Congressional To-Do’s 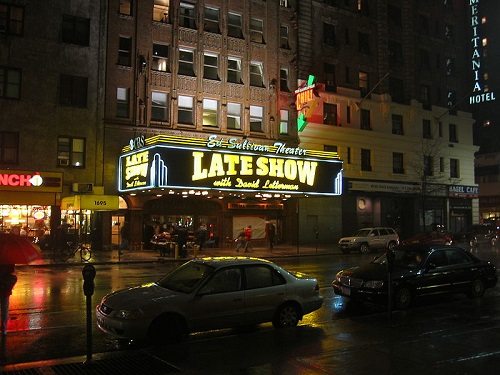 If you’ve ever watched or participated in a congressional hearing, you’ve more than likely been frustrated by the seeming disinterest and absenteeism of many of the senators and representatives. Important issues are being discussed. Vital statistics are being analyzed. Major policy options and opportunities are being proposed. Yet our House and Senate committee members are often talking with their staff, reading and signing papers, and exiting early for their overbooked schedules of votes, meetings, and fundraising,

Especially disheartening is when philanthropic leaders, researchers, and advocacy leaders testify and the important information and analysis of these hearing witnesses seems to fall into a legislative black hole, never to re-emerge.

Members of Congress, however, do seem to be more attentive and responsive when celebrities and other stars testify. More media and cameras are present. Elected officials get to hobnob and joke with the rich and famous. The constituents back in their states and districts see their elected officials in the spotlight.

Perhaps the most effective way to get our vital policy issues higher on congressional agendas would be to have a celebrity carry the lessons learned and policy recommendations needed. Would a hypothetical “David Letterman Foundation,” with a “Letterman Foundation’s Top Ten Recommendations to Congress” attract the level of attention and action that these ideas merit? Specifically, on non-glamorous issues like poverty, income inequality, and social cohesion, would a Late Show–esque Top Ten List of to-do’s move the action needle on Congress’s attention meter?

Number 10: Involve foundation leaders and researchers in the development and evaluation of new reauthorizing and appropriations legislation and public policy priorities that affect human needs. Foundations have made major investments in the social problems that Congress addresses. Foundations have invested billions of dollars over the decades. Their results and experiences deserve major influence in the development of social policy. Foundations will continue to have serious financial skin in the game.

Number 9: Stop the foolish posturing that “foundations, charities and churches/religious groups should handle these problems.” Government funding and attention is more needed than ever to address and resolve the issues of poverty, social and economic mobility, and opportunity. Bread for the World, a highly respected faith-based organization that focuses on hunger in America and worldwide, produced a report last year that showed every church, synagogue, and mosque would have to donate $50,000 per year to meet the needs now supported by SNAP/food stamps. Slashing budgets for anti-poverty, feeding, health, workforce development, education; and programs for older persons, veterans, people with disabilities and other vulnerable populations hurt our nation and our economy.

Number 7: Recognize stuff that works. This year is the 50th anniversary of President Lyndon Johnson’s War on Poverty and the signing of the Economic Opportunity Act. Several members of Congress and pundits continue to echo President Reagan’s statement, “We fought a war on poverty and poverty won.” That sound bite appeals only to people who ignore or discount the facts. Hundreds of millions of Americans have been helped and been provided with increased opportunities and economic security. Millions of low and low-middle income people today are helped by SNAP, Low Income Home Energy Assistance Program (LIHEAP), community economic development, Community Action, Head Start, healthcare reform, housing assistance, and other congressionally authorized and appropriated programs. Moreover, these programs are effective because they have evolved and innovated over the years to respond to the bona fide needs of communities, rural areas, and states.

Number 6: Help foundations, nonprofit community-based agencies, and state and local governments refine and improve their services and programs by including funds for evaluation and analysis of federally funded programs. To help determine the effectiveness of programs that work or don’t (see number 7 above), congressional reauthorizing legislation and appropriations should include sufficient funds for evaluating those programs. The foundation community has provided millions of dollars and lots of studies and reports. Foundations have also designed and funded start-ups or demonstration models that either created or modified safety net and economic development programs.

Number 5: Accept and promote that science and research findings are legitimate. A small but very vocal number of elected officials reject and pooh-pooh the findings of scientific, social research, economic, and academic institutions. As the late Senator Daniel Patrick Moynihan said, “Everyone is entitled to their opinions, but not their facts.” These anti-science, anti-research attitudes and actions impede systemic improvements and new ideas that would make our nation safer, healthier, and more prosperous.

Number 4: Work with the philanthropic and business communities to bring successful, effective programs to scale. This isn’t a touchy-feely, dance-around-the-do-gooder-maypole request. The business community tells us that they need more qualified, educated, career-specifically trained workers. Educators at all levels are concerned by the lack of basic skills among too many of their students. Military leaders bemoan that too many potential recruits are overweight and out of shape. The delivery of healthcare, broadband access, energy efficiencies, community economic development, and other programs have track records of positive outcomes with measurable, verifiable results. The challenge is to take what works to the communities, areas, and service sectors that can adopt and customize them. Federal leadership and funding is essential.

Number 3: Develop incentives for social service and economic security programs. Businesses get tax and investment credits. Military contractors go over budget regularly, yet receive all kinds of preferential sweeteners. This is not to suggest that safety net programs fall into the same cesspools of favoritism and inefficiency. But human needs programs could receive financial and regulatory incentives when they meet or exceed their goals and objectives. The foundation world can contribute, but cannot assume the full costs of this incentivizing.

Number 2: Put revenues on the table in current and future federal budget and appropriations negotiations. It’s true that the majority of Americans don’t like taxes, but it’s even truer that everyone hates when precious tax revenues are wasted. The corollary to this is that if a balanced approach of budget reductions—i.e., Pentagon spending—and new tax reforms—i.e., eliminating mega-corporation tax breaks—were produced, the American people would understand and accept this. The foundation world can help Congress and the Obama (and future) administrations make this case.

Number One: Learn more about the concept of “social cohesion” and how it represents the most traditional and basic American values. Congress can take a major role in revitalizing America’s spirit, ethos, and economically competitive excellence by embracing and promoting social cohesion. Again, there’s a perception that too many policymakers have an aversion to ideas that lack a meat-and-potatoes kind of tangibility. There are public policies and Congressional leadership opportunities that will help bring people together rather than creating community fragmentation and isolation. Research such as The Spirit Level: Why Greater Equality Makes Societies Stronger by Richard Wilkinson and Kate Pickett shows how inequality is the determinant between healthy/successful societies and those that are economically and socially unhealthy. Scapegoating America’s 46.2 million poor people, the long-term unemployed, and others of different cultural and demographic categories hurts all of us. To those members of Congress, corporate and civic leaders, and others who work hard every day to make our nation are more just, more caring and more equitable nation, thanks for your leadership and tenacity. But the social cohesion movement needs more participants and fewer naysayers.

I offer my apology to David Letterman for abusing his renowned instrument of comedy. His Top Ten List has become a nationally recognized way of calling attention to both the funny and the serious in America.

It’s a fact of life and logic that all of our institutional and individual behaviors can be improved. The power and authority of a Congress with a semi-unified sense of national caring for those in need, coupled with the resources and imprimatur of the philanthropic community, could make real, substantial differences in the lives of millions of our fellow Americans and those new arrivals who live in the shadows.

Our national problems and challenges are massive, but solutions to them are promising and most are feasible, at least incrementally. Congress, other political leaders, and the foundation and corporate worlds have serious wealth and resources. Can we help make it all come together for our national and collective well-being?

Donald W. Mathis is President/CEO of the Community Action Partnership, a Washington, D.C.-based national organization representing the interests of 1,000 Community Action Agencies across America that fight poverty on the local level. He provides leadership and guidance to CAAs and oversees the development and implementation of several anti-poverty initiatives. He is also responsible for raising the visibility of Community Action through strategic branding, marketing, and public relations approaches; establishing new collaborations, and advocating for the 38 million Americans living in poverty. Mathis serves on the boards of Doctors for America, Coalition on Human Needs, Emerald Cities Collaborative, University of Maryland Upper Chesapeake Health, and the Susquehanna Workforce Network.