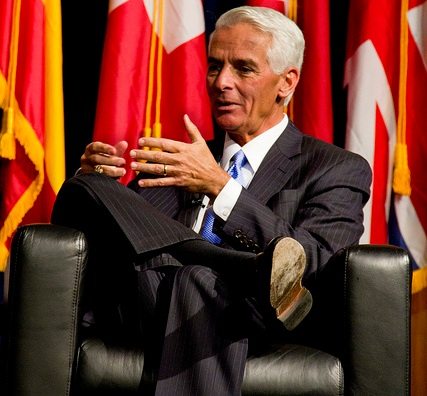 The elections are over, but the issues concerning the conduct of democracy in this country are still there and shouldn’t be dismissed or ignored until the next electoral cycle. Remember the voter ID/voter impersonation fraud issue that roiled several states? There was a charge in some states, given the lack of evidence of voter impersonation as a problem at the polls, that the motivation of some organizations and some politicians for voter ID laws was really to suppress voter turnout, particularly among people of color who might vote for President Obama and other Democrats.

“A new Florida law that contributed to long voter lines and caused some to abandon voting altogether was intentionally designed by Florida GOP staff and consultants to inhibit Democratic voters, former GOP officials and current GOP consultants have told The Palm Beach Post.”

True, Crist (who has turned into a vocal critic of Florida Republicans’ turn into the far right lane of politics) has been drummed out of the Republican Party for choosing to run as an independent for Senate after having lost the Republican nomination to Marco Rubio. True, Greer is under indictment for stealing $200,000 from the party (though he says that party bosses knew what he was doing). Because of the above, we expect Republican stalwarts will say that the statements to the Post from Crist and Greer are just further evidence of their political apostasy.

But “two veteran GOP campaign consultants” affirmed their statements to the Post. And both Greer and Crist told the Post about specific meetings they attended aiming at cutting down on early voting, which yielded a huge turnout of African-Americans for President Obama in 2008. When he was governor, Crist actually lengthened early voting by executive decree as a means of reducing the huge lines of people waiting to vote.

Supported by the Republican super majorities in both houses of the state legislature, Florida passed a restrictive law which reduced the length of time for early voting and restricted the activities of voter registration groups, though the courts dismissed most of the restrictions aimed at groups like the League of Women Voters. Republican consultants were reportedly particularly eager to get rid of early voting on the Sunday before Election Day because, as Crist acknowledged, many black churches used that day to organize and mobilize parishioners to vote.

Greer named names of politicians and consultants who were at the meetings. “They never came in to see me and tell me we had a (voter) fraud issue,” Greer told the Post. “It’s all a marketing ploy.” Crist’s statements to the press indicate that they weren’t addressing a voter fraud issue, but a question of turnout that would go to the Republicans’ opponents.

Let’s face it. If you want to engage in electoral fraud, you would stuff a ballot box, screw around with voting machines, misreport the data, find ways of making it difficult for people to get to the polls, ensure that long lines deter otherwise willing voters, deliver bribes to voters, and more. An individual waiting hours in line to cast a single fraudulent vote by impersonating another person is about as useless a form of voter fraud activity as one can think of. In fact, a person waiting for hours to vote is a powerful statement of the legitimacy of their exercise of the franchise. It seems entirely logical to us, then, that the voter ID efforts and the legislation to curtail early voting were not conceived to nix fraud, as Crist, Greer, and the consultants maintain. Rather, the idea that the restrictive laws were aimed at reducing turnout by people of color who might vote Democratic seems much more plausible.

Crist and Greer might be among the least popular former Republicans in the Sunshine State, but that doesn’t mean that they aren’t telling the truth about the real intentions behind the efforts to enact increasingly restrictive voter ID laws.—Rick Cohen