Left-Wing Echo of the Trilateral Commission? 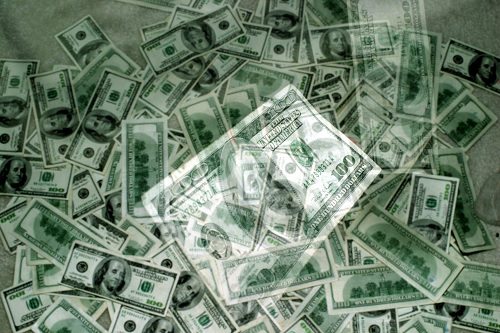 In the ongoing debate over the influence that mega-funders can have over public policy, the online media outlet Vox ran an interesting piece over the Thanksgiving weekend, entitled, “The Democracy Alliance: How a secretive group of donors helps set the progressive agenda.”

Vox bills itself as “a general interest news site for the 21st century.” It was founded by former Washington Post “WonkBlog” editor Ezra Klein and some of his colleagues with the aim of providing greater context to the stories it covers. The piece starts out provocatively:

“In mid-November, some of the wealthiest liberals and most important left-leaning interest groups in the country came to Washington, DC to talk strategy. They came to attend the meeting of the Democracy Alliance—the closest thing that exists to a ‘left-wing conspiracy’ in the US.”

The Alliance was founded in 2005, when liberal donors realized they needed to more aggressively fund and build liberal institutions to compete with conservative ones. It has directed hundreds of millions of dollars to a variety of liberal advocacy groups, but it has also been criticized for its lack of transparency. Some excerpts from Vox’s primer on the organization:

1) What is the Democracy Alliance?

“The Democracy Alliance is a group coordinating grants from about 80 to 100 left-leaning donors who give large amounts to progressive groups. Closely tied to unions and many of the biggest-spending rich liberals in the country, the Alliance plays a key role in setting the strategy—and controlling the money—for much of America’s progressive movement.”

2) How much money are we talking about?

“According to internal Democracy Alliance documents…between 2005 and 2013 the Alliance’s partners have steered $381.7 million to its shortlist of 30 or so ‘DA-recommended organizations.’ These partners have also given another $160.1 million to many other left-leaning groups on a much longer list of over 160 other groups that the Alliance approves of but isn’t choosing to prioritize fundraising for.”

3) Why was the Democracy Alliance founded?

“Between 2002 and 2005 or so, the Republican Party and conservative movement seemed ascendant, and many liberals were grasping for an explanation as to why. Eventually, several key left-leaning donors came to be persuaded that…since the 1970s, a network of wealthy conservatives had funneled billions of dollars to building conservative institutions—from think tanks, to groups pressuring the mainstream media. In contrast…there weren’t comparable investments meant to build up new progressive institutions over the long term…Several of these donors came together to establish the Democracy Alliance to coordinate their giving with a focus on long-term strategy.”

4) Who is part of the Democracy Alliance?

The Alliance’s membership is secret, but is reported to include the following:

5) What groups does the Democracy Alliance fund?

“The Alliance keeps its donations secret, but many of its recommended groups have been reported on or leaked out. In particular, it has steered millions of dollars to the Center for American Progress—a liberal think tank closely tied to the Democratic Party that was founded in 2003 and now has around a $40 million a year budget.”

6) What does the Democracy Alliance stand for?

“It’s clear that the Alliance both wants to elect Democrats, and supports pushing progressive priorities of some kind. Beyond that, their interests can be murky…its original partners ‘didn’t share any single, identifiable philosophy. They were united by their revulsion toward the Republican majority, and they shared a common nostalgia for what the Democratic Party had once achieved, but they had arrived at no consensus about the kind of government they envisioned next.’

“In the ensuing years, the Alliance has tried—and sometimes struggled—to strike a balance between funding groups that tend to support President Obama and the Democratic Party, versus more ‘outsider’ groups who want to push the party more to the left via criticism of the administration and incumbent politicians. In early 2014, the group’s new president, Gara LaMarche…refocused the group’s strategy on four major areas:”

7) What are the criticisms of the Democracy Alliance?

“Many people of all ideological stripes feel some unease at the idea of a homogenized, coordinated progressive agenda dominated by secretive millionaires and billionaires. […] Conservative critics argue that the group promotes an ‘extreme policy agenda.’ Meanwhile, from the left, there has been internal controversy over how independent the Alliance is from the White House and the Democratic Party. […] Additionally, nonpartisan groups have criticized the Alliance for a lack of…transparency and accountability.”

In a side note, in terms of Vox, this is the second reference NPQ has seen in a week to a new type of journalism that intends to provide unusually deep context to complex social issues. We also recently noted this intention in a newswire on The Marshall Project.—Larry Kaplan