Legacy of a Failed Foundation Initiative: inBloom, Gates and Carnegie 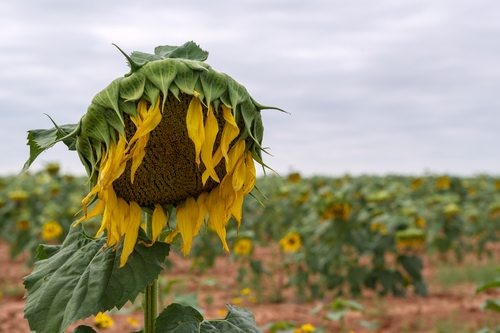 Earlier this year, NPQ wrote about inBloom, one of the more expensive failed foundation initiatives ever. With grants from Gates and Carnegie of $100 million, inBloom managed to get and lose any number of contracts with public schools in just 15 months. In so doing, they did the country a favor by surfacing the fact that information about individual students may be at risk of being shared far more broadly than is justifiable.

As Stephanie Simon wrote for Politico, the outcome was exactly the opposite of what Gates had been trying to accomplish. “Moms and dads from across the political spectrum have mobilized into an unexpected political force in recent months to fight the data mining of their children. In a frenzy of activity, they’ve catapulted student privacy—an issue that was barely on anyone’s radar last spring—to prominence in statehouses from New York to Florida to Wyoming.”

And legislators are listening. In Louisiana, a state that at first touted and then cancelled a contract with inBloom, Governor Bobby Jindal just signed House Bill 1076, which prohibits local public schools from collecting some student data without parents’ permission and requires that the state develop a system for unique student identification numbers to replace social security numbers. State Rep. John Schroder (R-Covington) sponsored the bill.

Simon’s article attributes the demise of inBloom to a parent privacy lobby that is supported both by the right and the left. She writes that the effort has moved along to take on a national system promoted by the Obama administration that would track children in state databases from “as early as infancy through the start of their careers.” The total cost of this would be more than $1 billion and they would store information on tens of millions of young people, complete with names, birthdates, addresses, and even in some cases Social Security numbers.

But even just since January 14, states have instituted stronger privacy protections for students with bipartisan support, and as these move ahead, they are becoming more inclusive of the range of concerns that parents have.

Simon writes that the billionaire ed reformers and public servants always just “assumed parents would support their vision: to mine vast quantities of data for insights into what’s working, and what’s not, for individual students and for the education system as a whole.”

Maybe they should have asked.

It is perhaps ironic that this initiative’s most powerful legacy may be in the spawning of a movement against big-data-at-the-expense-of-our-privacy. The fact that some proponents of the effort remain confounded about why their subjects do not want something so clearly “in their best interests” implies that they are convinced that refusal to comply is mere ignorance and recalcitrance. The backers of these ideas have plenty of money at their disposal, so the parents better be in this for the long haul.—Ruth McCambridge