Legislating Wages at Both Ends of the Pay Scale 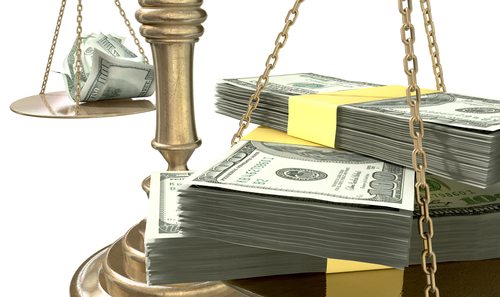 Two separate bills in two different states have the same goal in mind: limiting the amount of money an employee can earn. In Portland, Oregon, a measure being promoted by the local of the Service Employees International Union would limit the amount of money that executives at nonprofit hospitals can make to a multiplier of the hospital’s lowest paid worker. In Madison, Wisconsin, Republican assemblymen are promoting legislation that would prevent local municipalities from enacting living wage ordinances, something recently accomplished in Milwaukee County. These are two distinct pieces of legislation promoted by different sides of the political spectrum but with the shared goal of limiting what other people can earn.

Despite studies showing that few of them are paid exorbitant amounts, the pay scale for top executives of nonprofit organizations has been a topic of discussion for a long time, and has been reported about often at NPQ. Initiative 39, which SEIU hopes to have on the ballot for a vote in November, would limit the amount an executive can make to 15 times the amount paid to the hospital’s lowest paid worker. (SEIU, the largest union in Oregon, includes janitors, kitchen staff, and others who work at hospitals.) Currently, law in Oregon does not set any limit on wages, allowing pay to be set at levels on a par with employees in peer positions, even if they happen to be working at a for-profit healthcare facility.

A second measure, Initiative 40, seeks to limit what hospitals can charge patients. The goal is to ensure that services are affordable and accessible. Not surprisingly, the Oregon Association of Hospitals and Health Care Systems opposes both measures.

Meanwhile, a little further east, Rep. Chris Kapenga (R-Delafield) has introduced a bill prohibiting municipalities from enforcing any type of minimum wage hike above that set by the federal government. Recently, Milwaukee County Supervisors passed a bill that would gradually increase the minimum wage for County workers to more than $11.32 per hour, or about $23,000 a year, according to the author of that legislation. Kapenga argues that this type of legislation is unfair since the workers are paid with taxpayer money, essentially requiring people from all over the state to subsidize workers in Milwaukee County. In Dane County, where the Wisconsin capital is located, workers have had enjoyed a minimum wage higher than the federal level for some time, and Kapenga’s bill would mean a pay cut of $3 or more for some workers.

Following President Obama’s speech calling upon Congress to raise the minimum wage to $9 and tie it to inflation, it is not surprising that there is a lot of attention paid to the subject. The same is true regarding the increased focus on income inequality in America, which the president also addressed in his “State of the Union” speech. In the case of these two bills, though, what is the driving force behind the initiatives, and what might the impact be? In Oregon, SEIU is pushing for increased unionization, and this initiative may be simply a way to raise their profile and positive image among workers. Some have suggested that the bill would create a two-tiered system, with all the best business leaders going to work at the for-profit hospital, leaving the nonprofit hospitals to be poorly managed while they care for the less wealthy patients. Instead of helping increase the wages of all government workers to a reasonable level, Kapenga’s bill tries to ensure all of them share the same miserable salary. How will the workers in his own building react when they lose $3 an hour?—Rob Meiksins

More about: Culture ChangeInequalityPolicies and Laws