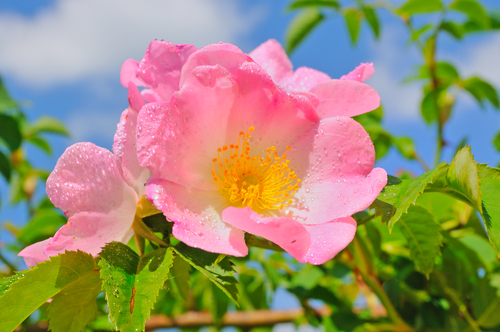 Yesterday, a bipartisan group of four Virginia legislators announced that they are circulating a letter in the general assembly to be sent to Attorney General Mark Herring asking that the AG’s office investigate the grants that were allocated to Sweet Briar College students for the current academic year under the Virginia Tuition Assistance Grant (VTAG). Apparently, they are concerned that the school allowed around $770,000 in VTAG money to be allocated to 250 students when discussions about closing were already in progress.

“As stewards of the taxpayers’ money, it is our responsibility to ensure that any potential violation of the public trust be investigated,” said Ben Cline (R-24). “Therefore, we are calling on the Attorney General to explore this matter further.”

“I think it raises questions about what Sweet Briar’s intentions were when they accepted those TAG grants,” Cline said. “Students were accepting TAG grants believing they were going to be receiving Sweet Briar degrees when in fact Sweet Briar was planning on closing.”

Cline represents the 24th House District, which includes parts of Amherst County, where the school is located, The action comes on the heels of three suits being filed and sustained organizing by stakeholders who feel that the board and president of the school made an irresponsible decision in voting to close the school fairly precipitously.

In another follow up to this story, Christy Jackson, spokeswoman for Sweet Briar, released the college’s response to the lawsuit NPQ reported being filed by faculty members Friday. That suit requests more than $40 million in damages. The statement says that the suit “suggests that certain faculty members are more interested in maximizing their individual personal financial interests” than in providing severance payments, and that if the suit is successful, it will prevent an orderly wind down of operations and “eliminate any possibility of Sweet Briar’s mission continuing in a different form in the future.”

I would suggest that, in order to get the full arrogance of this statement, readers should take a look at the faculty’s estimate of their financial losses if the college closes.—Ruth McCambridge