Lending your Voice to Those Who Cannot Speak—Literally 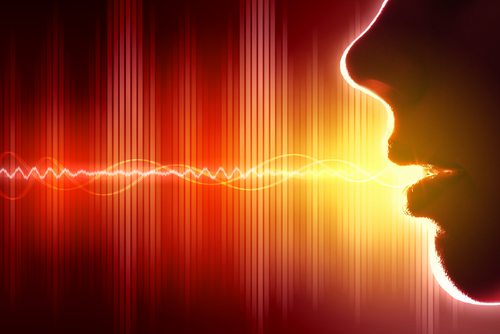 The end of the calendar year is a time of giving. Some of us give presents to each other in celebration of a holiday. Some give money to the nonprofit of their choice. Others give food to ensure that people who are hungry have something to eat. Now, Rupal Patel, a speech-science professor at Northeastern University, has come up with an idea for something new for us to give: our voices.

People who cannot speak often rely on text-to-speech machines to help them communicate verbally; they type words into a computer, which then translates those words into audible sound. (The most famous user of such a device is Stephen Hawking.) But the computer-produced voices tend to sound the same, and lack the fine control of pitch, tempo, and volume that distinguishes a human voice.

The “source-filter theory” suggests that there are two parts to the process of speaking: the source, which comes from the vibration of the vocal cords and makes sound and controls the pitch, and the filter, which is shaped by the vocal tract—the path through the head and neck of the speaker that actually forms the words. A number of years ago, Professor Patel conducted research demonstrating that people with speech impairments were often able to make sound (the source) but could not control it to make intelligible words (the filter).

So, she started thinking and inventing, and in 2007, she founded a company called VocaliD (pronounced “vocality”). Part of the company is a voice bank, which began operations over Thanksgiving and already has collected the voices of several hundred donors. People who wish to donate are asked to record up to four hours’ worth of sentences from old stories. Eventually, the donor will have formed all of the sounds required in the English language.

This donated voice becomes the filter and will be matched with the source sound from a person with a speech impairment. Using techniques similar to the ones that give “voices” to GPS systems, the source and filter are spliced together. When the recipient types into their text-to-speech system, the voice that comes out will sound a lot like their own. It will still sound like a computer, with little inflection, but it is unique to them, and that means a lot. Three teen girls have been given voices using this process; one can be seen in a video on the company’s website.

Unfortunately, if you are interested in making a donation, we do not believe it would be tax-deductible. First of all, the IRS would probably not recognize the donation, and second, despite having grown out of work done with the assistance of a grant from the National Science Foundation, VocalID is a for-profit company.—Rob Meiksins