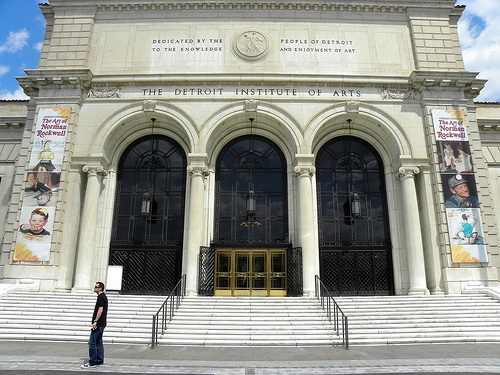 The Fresno Metropolitan Museum of Art (FMMA), housed in a landmark building that formerly was home to the Fresno Bee newspaper was an important (though young at less than thirty years old) cultural landmark for this central California city of a half a million people. But after a $28 million renovation project exceeded its budget by $15 million and donations from its key donors diminished with the Great Recession, it failed.

Its fall was rapid. In some ways, its renovation worked; it attracted record-high numbers of visitors, but it found itself in 2009, despite having made significant cuts, unable to meet even a reduced operating budget. And so, in 2010, it concluded a state-law insolvency action after auctioning off over $2 million of significant works, including rare American Indian baskets and Ansel Adams photographs so valued that his family settled its lawsuit (the family asserted his works at the FMMA must stay in a museum) by exchanging the museum’s holding of Adams photographs with several they owned.

NPQ has been covering this familiar story across the United States: a museum gets in over its head, tries to improve facilities and exhibits, but encounters the recession. However, in this case, there were some questions about whether the demographics were there to support this museum.

In her New York Times article last Wednesday, Robin Pogrebin asked whether this relatively peaceful dissolution of a smallish institution (unsecured creditors received 80 cents on the dollar and two large collections went to a children’s museum and a toy museum) could hold a lesson for the Detroit Institute of Arts, which is caught in the quagmire of its city’s declaration of bankruptcy. As reported six weeks ago in the Nonprofit Quarterly, the DIA’s vast collection holds masterworks by Van Gogh and Giovanni Bellini, large murals by Diego Rivera paying tribute to the once-ubiquitous auto industry, and over 60,000 other pieces. This emblem of the soul of Detroit’s rich cultural heritage is valued upwards of $1 billion—a formidable sum, yet far from the $18 billion in debt saddling the Motor City. And the wisdom of cashing in such a vital symbol for Detroit is far from settled, considering the DIA contributes to the $2 billion tourism industry in the largest city yet to declare bankruptcy.

Both museums have been flagship institutions for their respective cities, and both Detroit and the FMMA have hired bankruptcy attorneys. But there are big differences besides size—federal bankruptcy procedures are much more contentious, expensive, and drawn out than the California insolvency process and it might be impossible for Detroit to transfer any artworks to another museum or yield an 80 percent recovery for unsecured creditors, let alone secured claimants.

Can the DIA, a publically owned institution rather than a standalone private nonprofit entity, be a noble sacrifice like the Fresno Metropolitan Museum of Art, or will it be euthanized to satisfy creditors without making a sizable dent in Detroit’s effort to sail through bankruptcy and get a fresh start? If it survives at all, what would a newly thinned Detroit Institute of Arts look like? Of the FMMA’s demise, that museum’s bankruptcy attorney, Riley C. Walter, lamented, “it was really unfortunate and it’s led to there being one fewer cultural amenity in the whole region.” Fresno’s Renaissance Revival building, with empty lots flanking it in both directions, became a commercial office space. The DIA, itself a registered landmark in the Italian Renaissance style, is surrounded by many other hallowed private and public institutions housed in architectural icons. Let’s hope the stately dome housing the Detroit Institute of the Arts looks like something more than a commercial office building (or pricey condominiums) when Detroit emerges from bankruptcy.—Louis Altman