Lessons from the Killing of Trayvon Martin 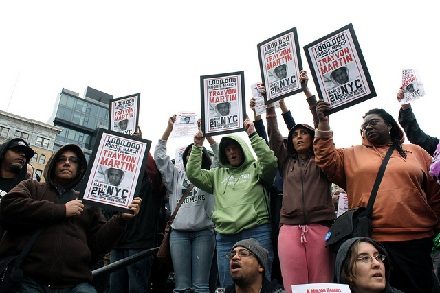 What does the killing of 17-year-old Trayvon Martin in Florida have to do with nonprofits? Everything. It strikes us that the nonprofit sector’s obsessive fascination with business models, market incentives, social enterprise, and fundraising is leaving a core part of what nonprofits do on the sidelines—the nonprofit focus on protecting (or sometimes creating) rights. Nonprofits ought to be paying attention to the trajectory of the upcoming investigation of George Zimmerman, who told police that he shot Martin.

If you don’t know about this case, here are some quick facts. On February 26th, Martin and his dad were visiting with his dad’s girlfriend, who lived in a gated community in Sanford, Fla., outside of Orlando. During halftime of the basketball game they were watching, Martin left to go to the 7-11 for snacks. It was raining, so Trayvon, who happened to be African American, was wearing a hoodie with the hood over his head. On his way back from the store, having bought a bag of Skittles and a can of iced tea, a neighborhood watch volunteer, George Zimmerman , saw Martin from his car and called 911, telling the dispatcher that Martin “look(ed) like he’s up to no good or on drugs or something.”

Although told by 911 to do nothing, the 28-year-old Zimmerman, carrying a concealed nine millimeter semiautomatic handgun, apparently got into a confrontation with Trayvon, who it should be pointed out did not have a criminal record (unlike Zimmerman, who had been arrested several years ago for felony charges of battery against a police officer and for resisting arrest with violence). On the 911 tape, you can hear what sounds like someone pleading for his life, screaming, and then a gunshot, which presumably killed Martin. Zimmerman wasn’t arrested because he claimed he was shooting in self-defense, a protected act under Florida’s very broadly construed “Stand Your Ground” law. Because of that law, local prosecutors said they didn’t have enough evidence to indict Zimmerman, though after national protests, the federal government’s Department of Justice is now going to intervene and look at the case.

Some in the nonprofit sector moved to bring attention to Martin’s death. Change.org gathered 450,000 signatures on a petition calling for the arrest of George Zimmerman, which may have played a big role in sparking the DOJ investigation and there are increasing calls for the resignation of Sanford, Fla. Police Chief Bill Lee. A Million Hoodie March was scheduled in New York City yesterday. With the help of the nonprofit sector, the “Stand Your Ground” law enacted by Florida and 21 other states should really be on trial. The scary “shoot first” law, combined with the voluntary vigilante nature of neighborhood watch programs in private, upscale, exclusive communities, may well amount to “structural racism.”

NPQ hopes that this case will remind us all how vigilant this sector needs to be on issues of human and civil rights. If not us, then who?—Rick Cohen