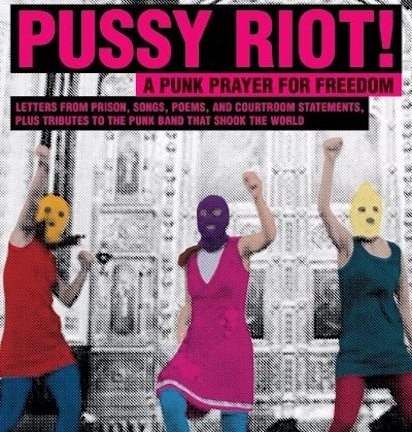 NPQ has covered the arrest and trial of four members of Pussy Riot in a number of newswires and as a part of our coverage of the suppression of civil liberties in Russia over the past few years.

Now Nadezhda Tolokonnikova, one of the women in the group arrested in 2012 for “hooliganism motivated by religious hatred or hostility” following a protest held at Christ the Saviour Cathedral in Moscow, has released a letter about the conditions in which she is being kept at penal Colony 14 in Mordovia. She describes sixteen-hour work days, filthy conditions, and tactics of isolation. I found the description an eerily familiar call to the past. Here is an excerpt but the whole letter deserves a read.

“It is possible to tolerate anything as long as it only affects you. But the method of collective punishment is bigger than that. It means that your unit, or even the entire colony, is required to endure your punishment along with you. This includes, worst of all, people you’ve come to care about. One of my friends was denied parole, for which she had been awaiting seven years, working hard to exceed her work quotas. She was reprimanded for drinking tea with me. That day, Lieutenant Colonel Kupriyanov transferred her to another unit. Another close acquaintance of mine, a very well-educated woman, was thrown into the ‘stress unit’ for daily beatings because she was reading and discussing a Justice Department document with me, entitled: ‘Regulations for the code of conduct at correctional facilities.’ They filed reports on everyone who talked to me. It hurt me that people I cared about were forced to suffer. Grinning, Lieutenant Colonel Kupriyanov told me then, ‘You probably don’t have any friends left!’ He explained that everything was happening because of Dinze’s complaint.”

Tolokonnikova has been moved to an isolation cell. A group has been established to support all four women at FreePussyRiot.org. —Ruth McCambridge

Nonprofit Quarterly started covering the story of Pussy Riot in July of 2012 with our newswire, “Pussy Riot’s Symbolism and Why It Matters.” Calls for their release increased in August, leading to the release of one of their members in October of that year. Over the same period, Russia has launched invasive audits of NGOs under their laws requiring registration of “foreign agents” , and have banned the expression of sexual orientations other than heterosexual.