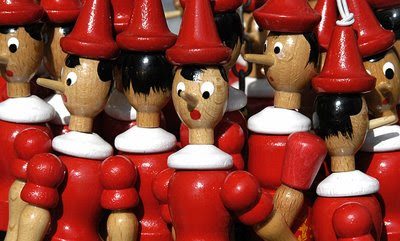 An article in The Economist reviews a new book entitled The (Honest) Truth About Dishonesty and comes away with some interesting observations. Dan Ariely, the book’s author, is a social psychologist at Duke University who researches the fascinating topic of cheating and he believes most people engage in it, but more often on behalf of others than for themselves. This could, in fact, be not such great news for our sector, since we are in the business of trying to benefit others.

Ariely asserts that when we act dishonestly, we do want to see ourselves as honorable, but we’ll still fudge things, especially under certain circumstances.

One interesting factoid in the article is that cheating may be more prevalent in some disciplines than others. A recent survey of American graduate students, for instance, found that 56 percent of candidates for an MBA admitted to having cheated in the previous year as compared to 47 percent of other students.

It all sounds searingly human, but when cheating becomes the norm—tacitly approved of by an organization or a field—you have a problem. The author points to the interaction between pharmaceutical companies and doctors as one field in which fudging has become the norm.

There are plenty of situations in which a nonprofit might be tempted to cheat and the temptation to rationalize cheating by thinking that one is doing so for the cause could, according to this article, be very powerful. For instance, maybe you have done less than was promised on a grant but fudge the report because going without that grant in the coming year would hurt those you serve. Maybe your organization, along with thousands of others, has declared no fundraising expense on your 990’s, a practice that is apparently quite widespread even among those who spend half their time schmoozing funders. We could go on…

This article suggests that harsh punishments are less helpful than establishing a climate of honesty where people understand that they will be held to certain standards by peers and the public. It is one of the reasons why we need press attention to this sector. –Ruth McCambridge