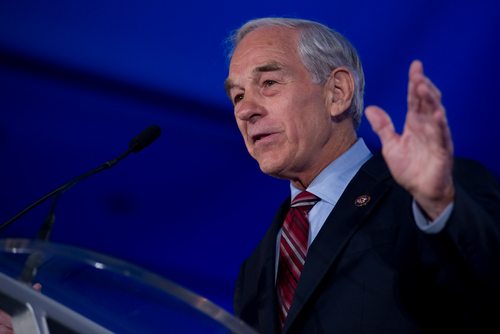 When will politicians and nonprofits ever learn—about each other? An organization identified as a nonprofit libertarian group called the Liberty Committee has alleged that it paid for a variety of plane tickets and other expenses for Congressman and Republican presidential candidate Ron Paul, but it claims that approximately two-thirds of the 63 airline tickets it paid for were also charged by Paul to his Congressional office. In other words, they allege that this was Paul’s “practice of double or duplicate billing (that) enriched you while draining funds intended for legitimate projects.”

Because press reports about nonprofits tend to be a little unclear, the NPQ Newswire checked into the Liberty Committee. It is a 501(c)(4) whose 2010 Form 990 tells the IRS in exceptionally brief terms what it does: The mission is stated as “to education and issue advocacy” (Part III, Line 1) and its statement of its program services that constitute its exempt purpose is “promote social welfare by public education” (Part III, Line 4a).

Roll Call notes that the Liberty Committee was actually founded by David James, a former aide to Congressman Paul. On April 16th, James wrote a letter to the congressman including a spreadsheet alleging that more than 50 trips were double-billed and asked for reimbursement.   This wasn’t the first time that James had discovered what he believed to be double-billed trips. In 2005, he apparently came across a couple that the Liberty Committee had paid for and “confronted” the congressman about the issue. Apparently, James wasn’t pleased about a Paul proposal to change the way James was compensated, which James labeled a “Ponzi scheme.”  Though Paul subsequently apologized, according to Roll Call, the relationship between the two remained “raw.”

Although the Roll Call coverage of the back and forth between James and Paul sounds nasty, the Liberty Committee’s website shows a picture of Congressman Paul on its front page and presents a two-paragraph statement of Paul’s in favor of the Parental Consent Act, which the Committee says would tell Washington, “Hands off! No forced universal mental health screening of our Children!” The Committee and the congressman may be in a tussle over trip reimbursements, but that doesn’t seem to get in the way of the Committee’s libertarian agenda advocacy or its support of Congressman Paul.

Roll Call indicates that Paul may have billed not only the Liberty Committee for travel, but also, in some cases, his political action committee and another Paul-associated nonprofit, the Foundation for Rational Economics. It isn’t clear from the Roll Call article whether some of these trips might have resulted in triple-billings. In any case, the trips are generally old, between 1998 (when the Liberty Committee was founded) and 2005, which may remove them from some aspects of Ethics Committee oversight. Nonetheless, Melanie Sloan, president of Citizens for Responsibility and Ethics in Washington (CREW), thinks the House Ethics Committee should investigate anyhow to see if Congressman Paul engaged in the alleged practice of double billing in more recent years.

James is asking Congressman Paul only for $20,000 in reimbursements, so the number isn’t a huge obstacle, but James is adamant on the principle behind his charge that a taxpayer-friendly libertarian congressman could potentially double-bill for trips and in essence cheat the taxpayer out of money, no matter how little. Paul and his staff clearly take umbrage at the charge. If readers remember past coverage of Paul’s nonprofits, they will recall that the nonprofits operate so close to Paul that it is hard to find the line that makes them independent of the congressman’s ongoing political campaigns. Regardless of whether Paul or James is right about the alleged double-billing, the principle of concern to us is politicians’ close involvement with supposedly independent 501(c)(4) and sometimes (c)(3) nonprofits; a relationship that is too close is always a bad idea.—Rick Cohen